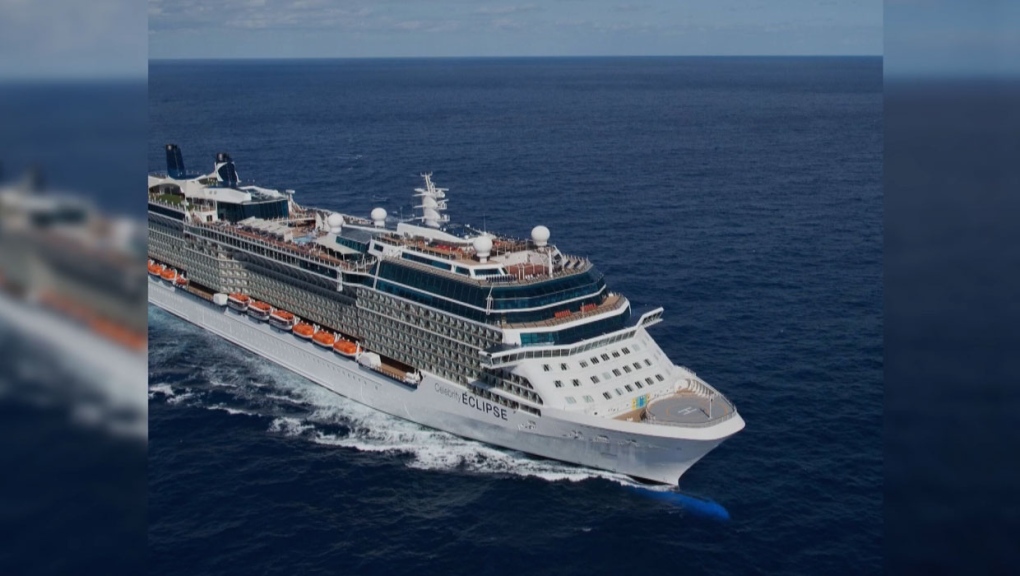 Ken Kellett and his wife are glad to be back home after being trapped on their cruise ship.

LETHBRIDGE, ALTA. -- Lethbridge resident Ken Kellett says he feels “incredible relief” to be home again after spending 17 straight days at sea aboard a cruise ship that wasn’t allowed to dock because of the COVID-19 pandemic.

Kellett and his wife Deb were stranded off the coast of Chile for several days before passengers were told they’d be transported to San Diego, Calif., to catch flights to their home countries.

"We’ve had this constant barrage of COVID-19 news, most of it from the United States, and some from Britain. It’s been pretty scary to be honest."

The Kelletts started their cruise in Buenos Aires, Argentina, March 1st. They were among nearly 456 Canadians aboard the Celebrity “Eclipse.” The ship had almost 2,900 passengers in total.

Kellett says he was surprised there wasn’t more screening when they finally arrived in San Diego.

"What we had to do was fill in a form saying whether we were healthy or not, whether we had a cough, or had colds."

He says, in some cases, cruise ship staff would verify what passengers were saying, by taking their temperature.

The next day, they had to clear U.S. Customs, officers came on board the ship to screen passengers.

"But it was really just a typical process where they look at your passport, put a stamp on it, and we moved on."

As they were leaving the cruise ship, crew members took the passengers temperature and provided each person with gloves and a mask.

"We were able to have the sense of security as we walked into San Diego. California is one of the hot spots so it was certainly a concern from that perspective."

Kellett says passengers were bused to the airport, which was virtually empty. They were then flown to San Francisco where they were able to catch a return flight to Calgary on Monday.

"On our flight, there were probably no more than 20 people. Us and a few other people from the cruise ship were the only ones in the airport. It was eerie. It almost had an apocalyptic kind of feel to it."

Kellett says many passengers arrived in San Francisco to find their flights home had been cancelled.

"You’re told to get back home as quickly as we can, but it’s really hard if transportation isn’t there."

Ken says when they arrived in Calgary, the CBSA officers were wearing masks, but the process entering Canada was fairly normal.

The couple stayed at the Calgary Airport Marriott hotel overnight, while waiting for friends to drop off their car. They were forced to drive the rest of the way home after Air Canada cancelled their scheduled flight to Lethbridge.

Ken says they are a little shocked to come back to snow, but hope the weather will be nice by the time they come out of self-isolation in 14 days.

"We are very willing to go into self isolation."

Kellett says there was no evidence of sickness aboard the ship, and they felt they were likely in the safest place possible.

"Now we’re headed into an area, not so much Lethbridge, but Calgary here, where we are at risk. So, I willingly go into isolation for my own benefit, but also to respect the fact that other people have concerns."

Kellett says they have good friends who stocked up their fridge, and he doesn’t anticipate he’ll have any problem finding things to do.

"We have friends in Australia who are being locked in a hotel for two weeks before they’re allowed home, so our isolation is nothing to be concerned or worried about."