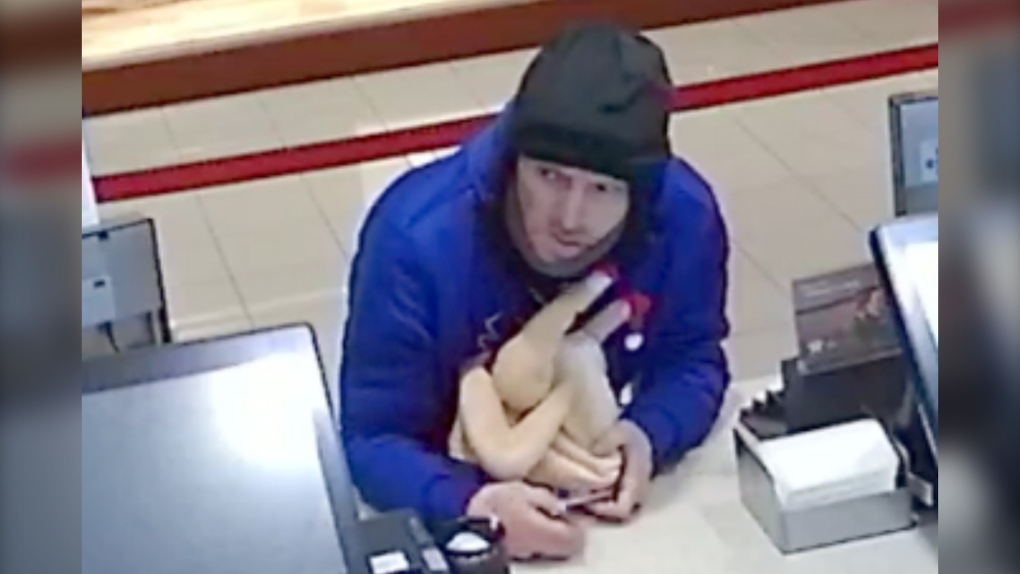 CALGARY -- Airdrie RCMP say this theft was no laughing matter after a man used a rubber chicken to steal a donation box from a Tim Hortons at CrossIron Mills.

Investigators say a man went into the fast-food outlet at the mall about 24 kilometres north of Calgary just before 1:30 p.m. on Feb. 11, walked up to the counter and placed a rubber chicken over a donation box to conceal it.

He then left, carrying the chicken, and the box.