Saroya Tinker doing her part to make hockey fun for everyone

CALGARY -- Saroya Tinker has been hooked on playing hockey since she was five years old, when she first laced up skates, and she's looking for ways to get more Black girls interested in playing.

Tinker's career features a lot of highlights including winning a silver medal with Canada at the 2016 IIHF World Women’s 189 championships in St. Catharine’s, Ontario.

“I remember the pond my dad used to take to in Oshawa, Ontario," she said, in an interview with CTV News. "We’d just lace them up and have my parents on either side of me and just go skating.  I think that’s probably my most fond memory of playing hockey and it got me into it.”

Those were the good times. Unfortunately not all the memories were like that for Tinker.

Being a Black girl, she experienced racism. Tinker said it wasn’t easy.

“Yeah I think from a young age I figured out that I didn’t always fit in to my team and the rink atmosphere really,” Tinker said. 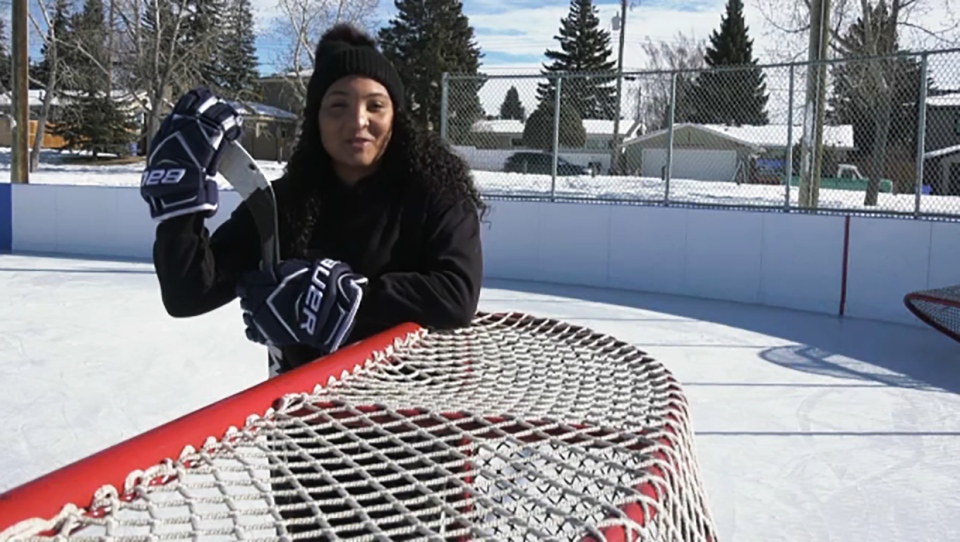 “From a young age I would say micro-aggressions were being experienced whether it was me blatantly being called the “N” word or simply not being included in things outside of the dressing room," she said.

"Those micro-aggressions that I faced fuelled my play," she added. "It made me hate the game at times but at the same time it was always something I was told to put it in one ear and out the other and don’t acknowledge it - and prove people wrong is what my dad really told me.”

Tinker doesn’t want others to go through what she had to.  She believes everyone should be able to play and enjoy the game.

She said that was a big reason why she joined the Black Girl Hockey Club.

“The goal of Black Girl Hockey Club is to just get these black women into the game and provide them with the accessibility that they need to participate at the level that we hope to see them participate at one day,” she said.

One way the Black Girl Hockey Club helps out is by providing scholarships to the players.  Tinker is on the committee and last month she launched a fundraiser for the scholarships.

So far, much to her delight, the response has exceeded her expectations.

“At the beginning of the National Women’s Hockey League bubble, I started my fundraiser on GoFundMe called Black Girl Hockey Club for the Scholarship," she said.  "For those who don’t know, it started with my goal of $5,000 but as we gained more media and publicity, I was able to raise my goal to $30,000.

Tinker says it’s now at $31,000 and she says she’ll keep the page up as long as people are willing to donate

“The more money we get, the more scholarships we can provide and the more accessibility we can have in hockey,” Tinker said.

“That’s really the goal of the Black Girl Hockey Club and what we aim to do.”