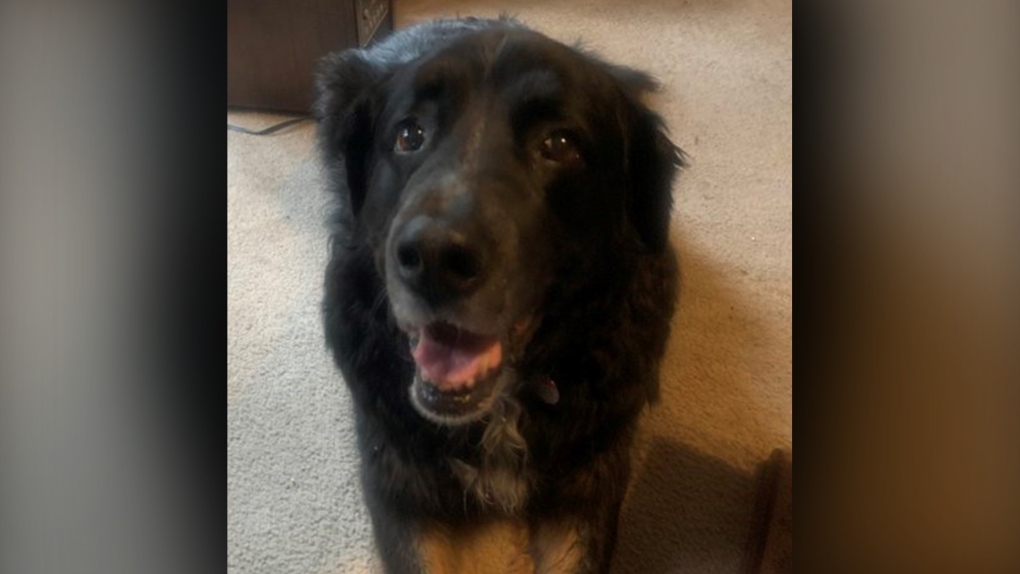 Maddi, a 12-year-old dog, is recovering at home with her owners following a weekend cougar attack in Kananaskis Country. (photo: Tom Graham)

CALGARY -- Maddi, a 12-year-old SPCA rescue, is recovering after a weekend attack by a predatory cat in Kananaskis Country that was thwarted by her owner.

Dawn Graham was walking Maddi on-leash near Mount Kidd RV Park, off of Highway 40, on Sunday afternoon when a cougar approached them from behind. The wildcat pounced on the dog, pinning her to the ground.

Graham began to angrily shout at the cougar, prompting the cat to release the dog and run off.

The mixed-breed dog — said to be part golden retriever, part husky, part Weimaraner and part malamute — suffered scratches under her eye, teeth marks to her head and a puncture wound on her lip.

According to her owners, Tom and Dawn Graham, Maddi was timid following the ordeal and hesitant to return outside. Maddi continues to recover but has been sleeping a significant amount since the attack and appears stiff and sore.

Tom Graham tells CTV that the couple has lived in the area since 2007 and this was the closest encounter they'd ever had with a cougar.

He commends his partner for taking quick action to halt the attack. "My wife Dawn is my hero."

Alberta Parks has issued a cougar warning for the area and a section of Bill Milne Trail has been closed to the public.