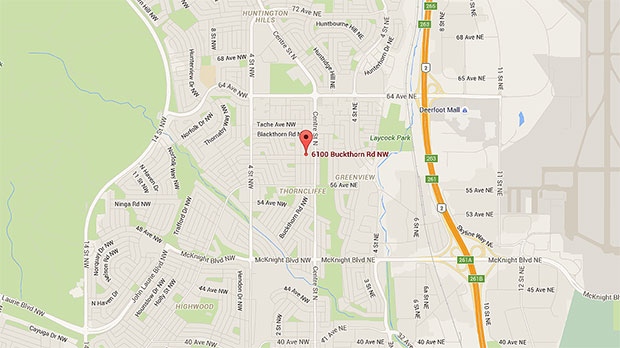 Calgary police are looking for two suspects in connection to an early morning home invasion at a residence in the Thorncliffe area last week.

Two men forced their way into a home in the 6100 block of Buckthorn Road NW at about 5:00 a.m. last Friday and demanded money and jewelry from the couple inside.

Police say the residents, a man and woman in their 70s, were assaulted during the incident and both were taken to hospital in stable condition.

Investigators are looking for two suspects who fled the scene.

Police say they do not believe this was a random attack.

Anyone with information about this incident, or the identity of the suspects, is asked to contact the Calgary Police Service Robbery Unit at 403-428-8787, or Crime Stoppers anonymously using any of the following methods: