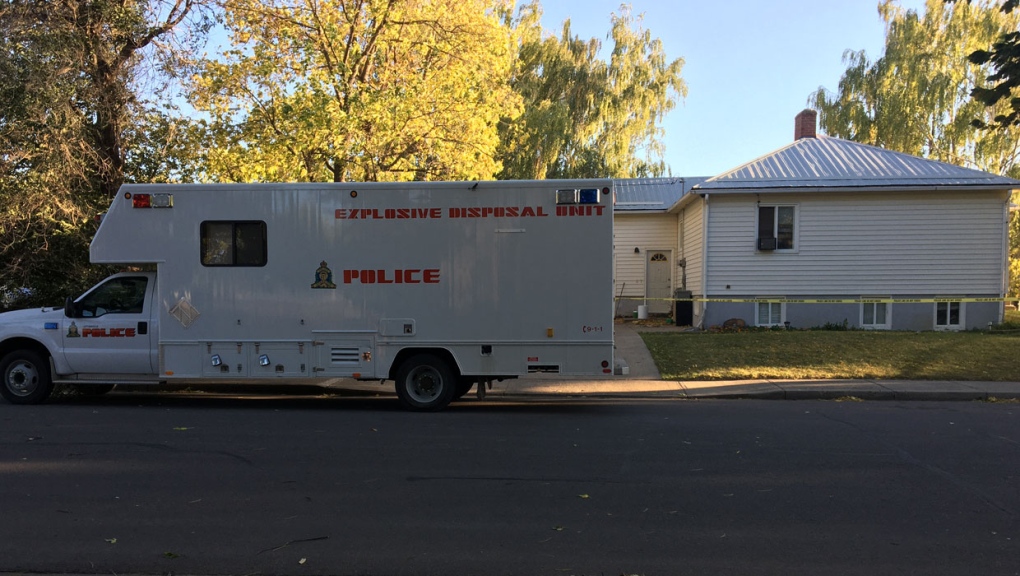 The Lethbridge Police Services's Explosives Disposal Unit positioned outside a home on 16 Street South on Sept. 24 after several suspicious packages were found inside.

CALGARY -- Authorities in Lethbridge responded to the scene of what officials called a 'high-risk' incident in the southern Alberta community Thursday.

Officials say the situation unfolded in the 800 block of 16 Street S.

According to a release, police were executing a search warrant on a home in the area and discovered "several packages of concern."

"The Explosives Disposal Unit has been called in to ensure the safety of all," police wrote in the release.

Five people in the home – two people from an upstairs suite and three occupants of the basement apartment – were arrested. Charges are pending.

Shortly before 1 a.m., Lethbridge Police Service officials confirmed that the explosives disposal unit had rendered two suspicious items safe and several other suspicious items had been removed from the scene.

The public was asked to avoid the area during the police response.

The investigation into the matter continues.