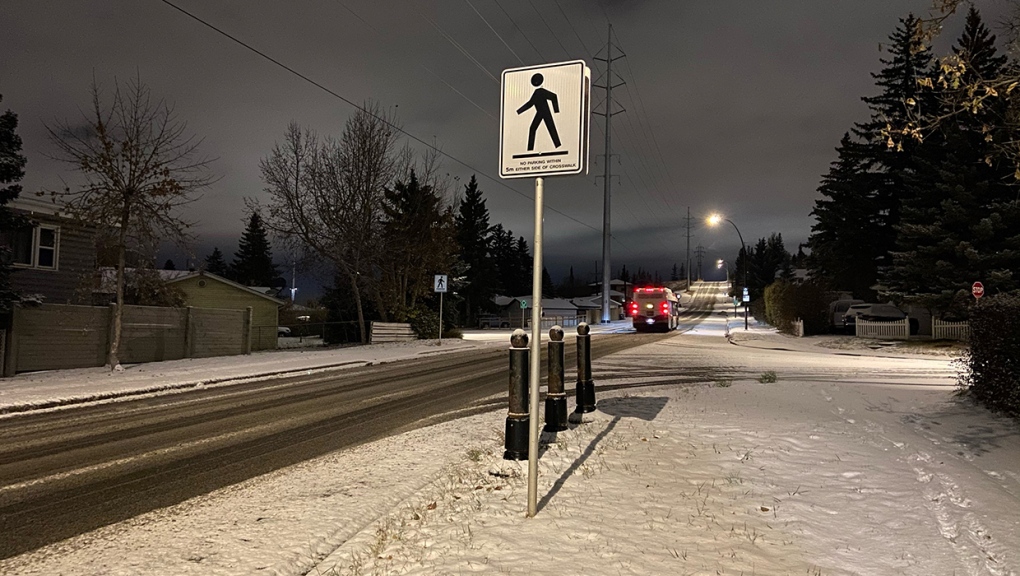 CALGARY -- Overnight snowfall made for some slippery conditions on Calgary roads Tuesday morning.

Drivers were advised to use caution as several main routes are clear of snow, but remain wet and conditions are ideal for developing black ice.

Some of the main trouble spots included icy intersections, off-ramps and bridge decks where police say extra care is necessary.

Residential areas were mainly covered in snow and are particularly icy.

The city has all of its sanders, graders and plows at the ready as teams operate on three separate overlapping nine-hour shifts.

Road crews continue to focus on Priority 1 routes first like Glenmore Trail and Crowchild Trail, before moving onto secondary streets like Kensington Road and Acadia Drive.

Crews are also working to remove snow and ice from city-maintained sidewalks, stairs, ramps, pathways and cycle tracks. Pedestrians are advised to be careful while walking in these areas as some sections can be quite slippery.

Outside of the city, conditions were quite treacherous in some areas where blowing snow and ice are factors as of Tuesday morning.

According to Alberta 511, the Trans-Canada Highway west of Calgary towards Banff is partly covered in snow and visibility is at a premium in some areas.

Drivers were also advised to be extra careful on Highway 22 from Cochrane to Cremona as it’s very icy along that stretch.

For the latest on road conditions in Calgary, follow YYC Transportation on Twitter or check the CTV Calgary Traffic Page HERE.