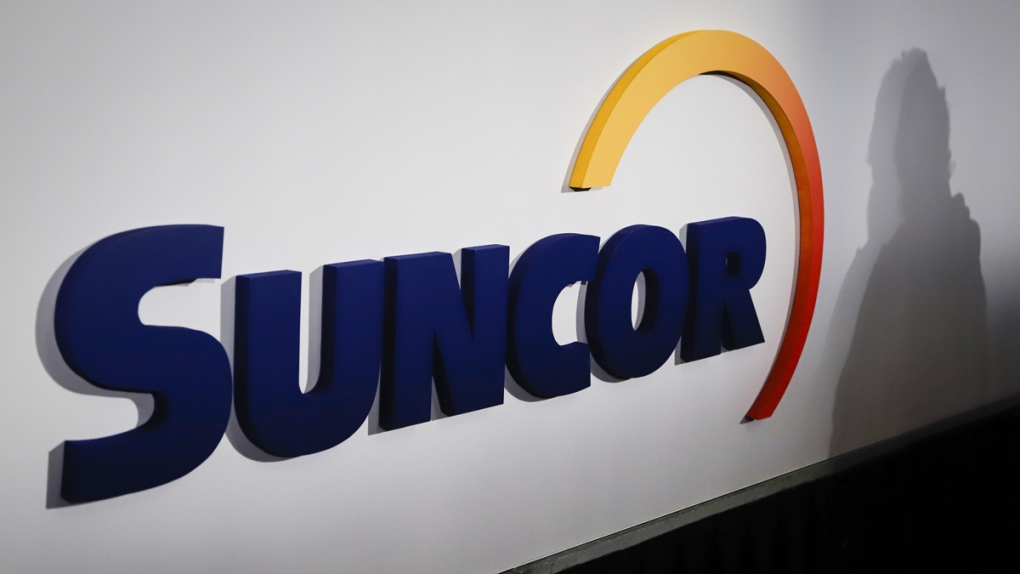 A Suncor logo is shown at the company's annual meeting in Calgary, on May 2, 2019. (Jeff McIntosh / THE CANADIAN PRESS)

CALGARY -- The CEO of oilsands and refining giant Suncor Energy Inc. says he sees signs of a slight rise in consumer demand for fuel, but he doesn't expect a full recovery in the Canadian energy sector until at least 2022.

The Calgary-based company surprised analysts by cutting its quarterly dividend by 55 per cent — after 18 years of consecutive annual dividend increases — as it reported a first-quarter net loss of $3.525 billion on Tuesday.

CEO Mark Little said on a conference call Wednesday the cut was necessary as the company resets its target of breaking even at a West Texas Intermediate price of US$35 per barrel, down from the previous mark of US$45, because of the impact of the COVID-19 pandemic.

He said the company, which sells fuel across Canada through its Petro-Canada network, has seen a reduction in demand of 50 per cent for gasoline, 70 per cent for jet fuel and 20 per cent for diesel.

As oil storage tanks fill to near capacity, any rebound in upstream oil production must be led by recovery in the downstream and that means it depends on when governments reopen the economy and consumers feel confident about travelling again, Little said.

Chief financial officer Alister Cowan said on the call he expects Suncor's gross debt of about $20 billion will grow by $2 billion or $3 billion this year, but the company will break even on a cash flow basis in 2021.

"Although we expect the crude market to substantially recover by 2022, the risk of an extended period of economic uncertainty, translated into weaker commodity prices and higher volatility, remains possible," Little said.

Suncor said Tuesday it will cut its capital spending plan for 2020 to $3.8 billion, a further reduction of $400 million compared with its recent guidance and down $1.9 billion or about one-third compared with its original 2020 plan.

It added it will cut operating costs by $1 billion or 10 per cent compared with 2019 levels.

Suncor registered an impairment charge of $1.38 billion on its 54.1 per cent share of the Fort Hills oilsands mine it operates and $422 million against its share of the East Coast offshore White Rose and Terra Nova assets.

This report by The Canadian Press was first published May 6, 2020.