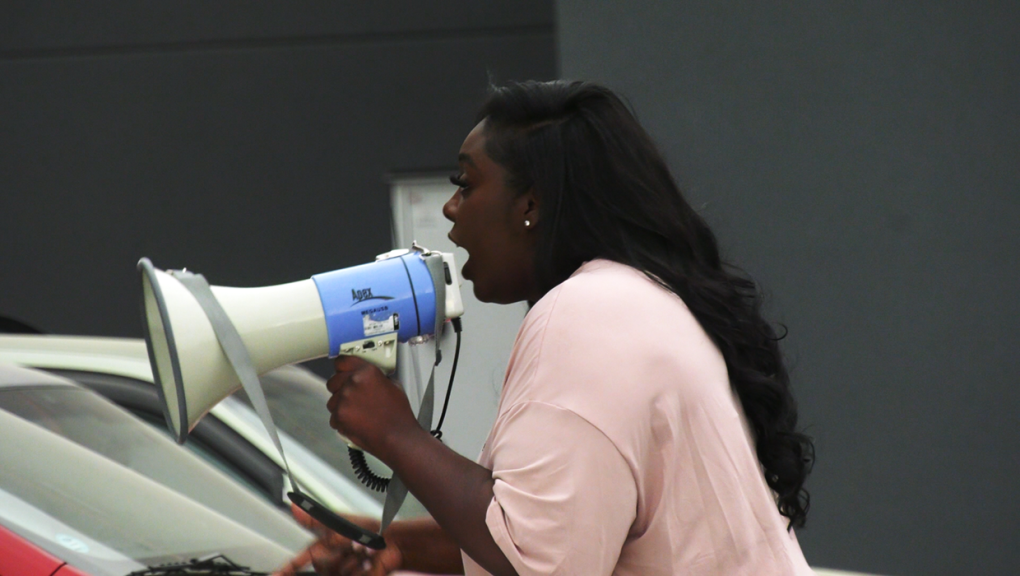 A peaceful protest was held Friday in northeast Calgary to show support for Black women, in a tribute to Debbie Onwu, a Calgary caregiver who was killed at work last October

CALGARY -- A group held a peaceful protest in the city’s northeast Friday to show support for Black women in Calgary.

The gathering focused on minorities who are forced to work in less than ideal conditions; something organizers say happens too often.

“It is ridiculous to put us in a predicament where we have to consider it’s either our lives or our livelihood,” organizer Shuana Porter said.

Rallies have previously been held in Onwu’s name by both family members and coworkers, all calling for safer working conditions.

Those at Friday’s protest say Onwu is just one example of a black woman being put in a tough workplace situation. Porter says too often women of colour are both underpaid and under-protected.

She hopes the rally can continue the momentum around the Black Lives Matter movement.

Onwu was stabbed to death inside the assisted living residence on October 25th. An 18-year-old is facing second degree murder charges.