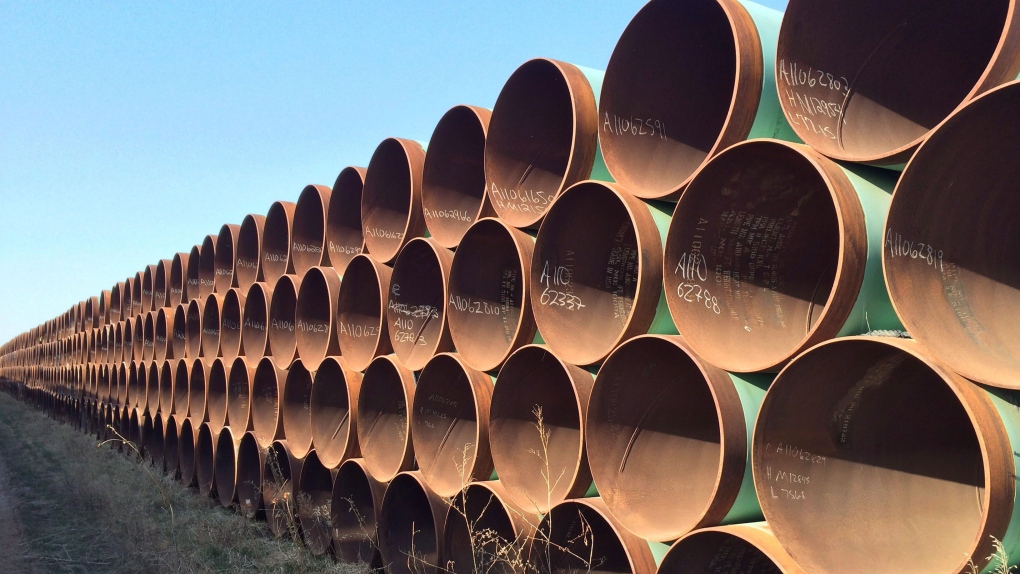 CALGARY -- Work on the Keystone XL project is being suspended in anticipation of U.S. president-elect Joe Biden revoking its vital presidential permit once he is sworn in, Calgary-based TC Energy Corp. said Wednesday.

The company said it is “disappointed” with Biden's action expected later today, adding it will overturn extensive regulatory reviews that found the pipeline would transport needed energy in an environmentally responsible way and bolster North American energy security.

It warned the move will lead to the layoffs of thousands of union workers and comes despite its commitments to use renewable energy to power the pipeline and forge equity partnerships with Indigenous communities.

Francois Poirier, who took over as TC Energy CEO at the beginning of the year, said in a statement the company remains committed to growing earnings and dividends through its investments in critical energy infrastructure even if Keystone XL doesn't go ahead.

“Our base business continues to perform very well and, aside from Keystone XL, we are advancing $25 billion of secured capital projects along with a robust portfolio of other similarly high-quality opportunities under development,” he said.

TC Energy said it will stop capitalizing costs, including interest during construction, effective Wednesday, and will evaluate the carrying value of its investment in the pipeline, net of project recoveries.

It says this will likely result in “substantive” mostly non-cash writedowns in its first-quarter financial results.

“Killing the Keystone XL pipeline once and for all is a clear indication that climate action is a priority for the White House. This should not come as a surprise to anyone,” said Dale Marshall, national climate program manager for Canada's Environmental Defence.

“We should take heed when the biggest customer for Canada's oil kills a pipeline that is already under construction. The Keystone XL pipeline never made sense for either the U.S. or Canada.”

“Now is the time for our nations to strengthen our trading relationship, not erect further barriers to collaborative and sustainable development,” he said in a statement.

The Progressive Contractors Association of Canada said in a news release it is disappointed that Biden is “putting politics before reason” in his anticipated decision to rescind the pipeline permit.

The association, whose member companies employ thousands of Alberta and B.C. construction workers, said the pipeline would have generated as many as 60,000 direct and indirect jobs in Canada and the United States.

Kenney's government has invested $1.5 billion directly in the project, along with loan guarantees, and he has said about $1 billion is at risk if the project is killed.

The 1,947-kilometre pipeline is designed to carry 830,000 barrels a day of crude oil from Hardisty, Alta., to Steele City, Neb. From there it would connect with the company's existing facilities to reach the U.S. Gulf Coast -- one of the world's biggest oil refining hubs.

TC Energy announced a plan Sunday for the Keystone XL project to achieve net zero emissions by spurring an investment of over US$1.7 billion in communities along the Keystone XL footprint to create about 1.6 gigawatts of renewable electric capacity.

The Calgary-based company has also struck a deal with four labour unions to build the pipeline and has an agreement in place with five Indigenous tribes to take a roughly $785 million ownership stake.

Biden was vice-president in 2015 when Barack Obama rejected Keystone XL for fear it would worsen climate change.

Trump approved it again in March 2019.