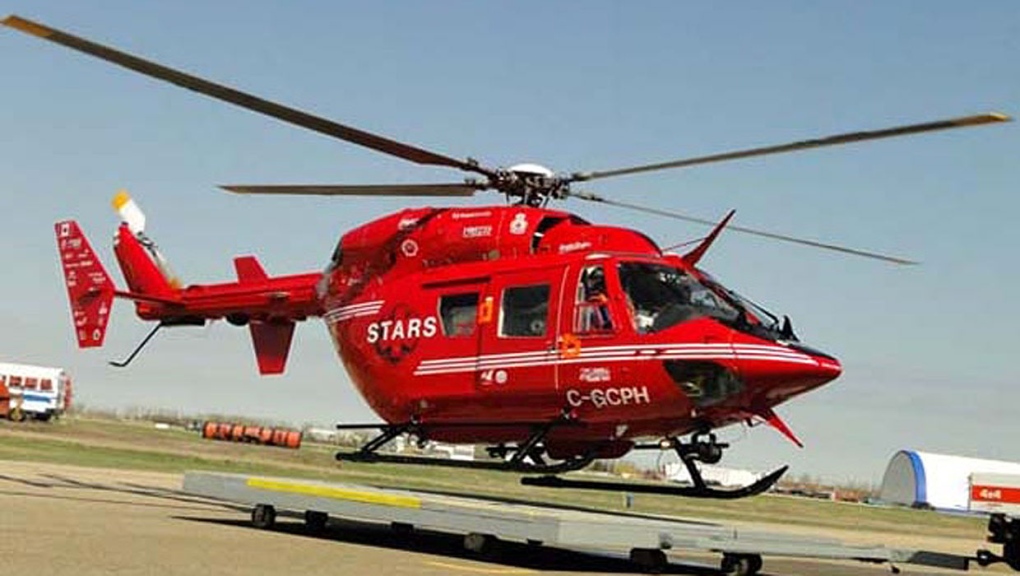 STARS Air Ambulance transported a teenage girl to Foothills Hospital after she was hurt in an ATV crash Saturday. (File)

CALGARY -- A teenage girl is in hospital in Calgary after she was seriously injured in an ATV crash south of the city.

EMS and STARS Air Ambulance were dispatched to the McLean Creek area at about 2:30 p.m. Saturday in response to a single-vehicle crash.

Crews arrived a short time later and found a teenage girl had suffered serious injuries as a result of an off-highway vehicle crash.

She was flown by STARS to Foothills Medical Centre in Calgary in stable, non-life threatening condition.

It is not known if the girl was riding alone, but no one else was injured.

McLean Creek is approximately an hour southwest of Calgary.