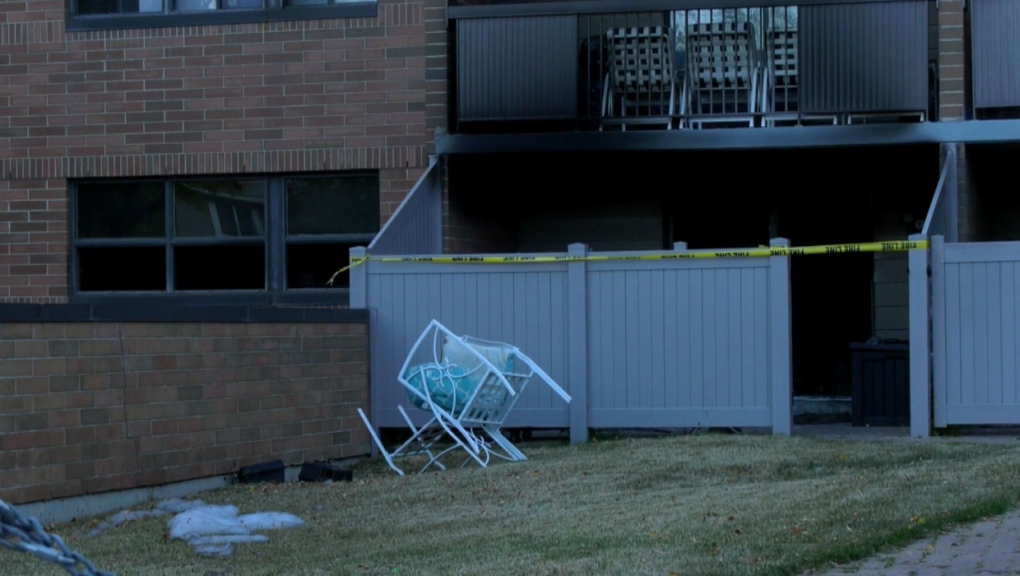 A fire tore through one unit of an apartment building in Calgary early Sunday. One person, the occupant of the home, was hurt.

CALGARY -- One person is in hospital after a fire broke out inside an apartment building in northeast Calgary.

Officials were called to the building, located on McHugh Court N.E., at about 5 a.m. Sunday for reports of a fire.

Upon arrival, they were met with "a large volume of fire and heavy smoke" from one of the main-floor suites.

Firefighters initiated an aggressive attack and managed to contain the blaze to the single unit.

About 50 people, tenants of the building, managed to get out safely before fire crews arrived.

The occupant of the affected suite also managed to escape, but suffered "fire-related injuries" as a result.

They have been taken to hospital.

Fire crews are remaining on scene to monitor any hot spots and conduct an investigation.