'There is not going to be a zero-risk scenario': Outdoor activities safer from COVID-19 spread but still risky 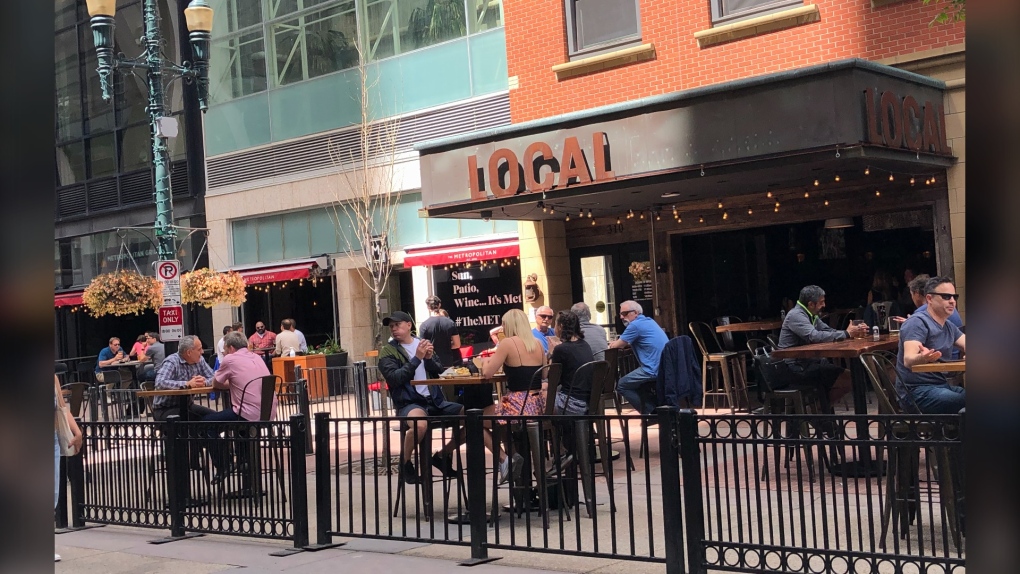 CALGARY -- Alberta Premier Jason Kenney announced new limits on outdoor gatherings Tuesday, reducing the allowable number in a group from 10 to five, while also announcing restaurant patios will close at the end of business Sunday and remain shut for at least three weeks.

University of Alberta Immunologist Dr. Lynora Saxinger says the reality is many patios are not much safer than being indoors.

“You have a patio that has very, very tall partitions with an open top. And you know, people are sometimes clustered quite closely together in that space, I would consider that space not really truly what we mean by an outdoor space,” she said.

"And that kind of thing worries me a little bit from the point of view of, you know, the larger droplet closer together shared surfaces type spread.

"There's always going to be kind of cluster points and pinch points if there's any event that has a crowd. Crowds, I think, are really not something we should be engaging in right now."

There is a misconception by many people that simply being outdoors makes anything you are doing perfectly safe.

“I just want to say that there has never been since the pandemic has started, one confirmed case in outdoor events," said Glen Carrit, an activist and mayoral candidate from Innisfail.

"So, you know, we need to see the evidence."

“We had seen multiple outbreaks at large, outdoor religious gatherings here in Alberta. So we do know that it is very possible to be infected outdoors,” said Jenne.

“Those individual events occurred in the absence of these variants of concern, which are actually more infectious, they travel a little further and it means you have to be exposed to less virus to actually get a productive infection. So these variants of concern are also making some things for example, outdoor without mask in close proximity, more dangerous than they were last year.”

So is anything safe?

“There's always going to be kind of a line where you say there is not going to be a zero risk scenario,” said Saxinger.

“But on the other hand, there's things that you can do to honestly reduce the risk.”

Those things include mask wearing, social distancing, and effective cleaning of surfaces and hands, all things we are used to in an indoor setting, but that are often overlooked in an outdoor environment, but Saxinger says as COVID cases rise in the third wave it is better to simply avoid situations where you will be in close contact with others, both indoors and outdoors.
“I do think people have to do things at some point, but maybe now is not the right time to be doing them because we're on the upswing not the downswing," she said.

"When we have a larger proportion of people vaccinated in the community, everything is going to be so much safer. So to me taking a more cautious approach, while we have this relatively explosive, explosive, wave three, really is just the better thing to do.”