Thermal solar plant shuttered in 'The City With Energy' 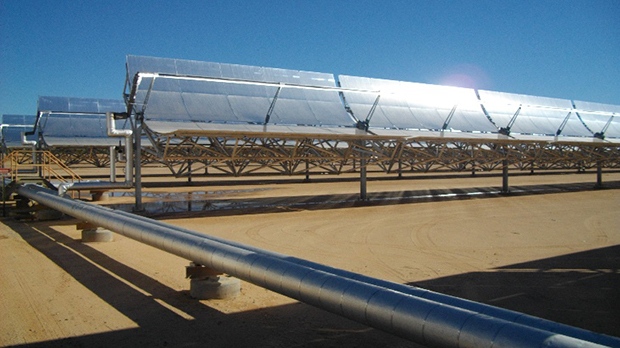 The solar project was initiated in 2008 (City of Medicine Hat)

A $13-million solar investment in Medicine Hat has been taken offline after only four full years of operation.

The solar project was initiated in 2008 in the hopes of contributing to the 250-megawatt main power plant. Ultimately, the solar plant was never able to generate even one megawatt of power.

Experts say the project was a pioneering venture.

“When this was initiated in 2008, the technology was very new. So this was an innovation project, and CST had never been done in a northern climate,” said Tracy Stroud, business development manager at Medicine Hat College.

When the plans were laid down, the high price of natural gas pushed leaders to search for energy alternatives.

In 2009, the price was at $14 per gigajoule and trending upwards. In the time since, natural gas prices have dropped to around $2 a gigajoule.

“People were paying heavy rates to heat their homes,” said Medicine Hat Coun. Phil Turnbull. “We wanted to find out if there was any other way to generate electricity without using only natural gas.”

Turnbull said gas prices today would have to be $20 per gigajoule for the project to make sense.

“We’ve concluded that it’s just not economically viable,” he said.

Despite the outcome, experts say alternative energy is an important part of the future.

“In our communities across Canada, we are going to see a lot of change coming quickly,” said Stroud. “Communities that are willing to adapt with forward thinking, that’s going to be in their favour.”

The cost of the plant was equally shared by municipal, provincial and federal governments, with Medicine Hat picking up the tab for cost overruns.

What happens to the mothballed solar plant will be decided by Medicine Hat council in the fall.