This gold truck wasn't stolen after all, Calgary police say 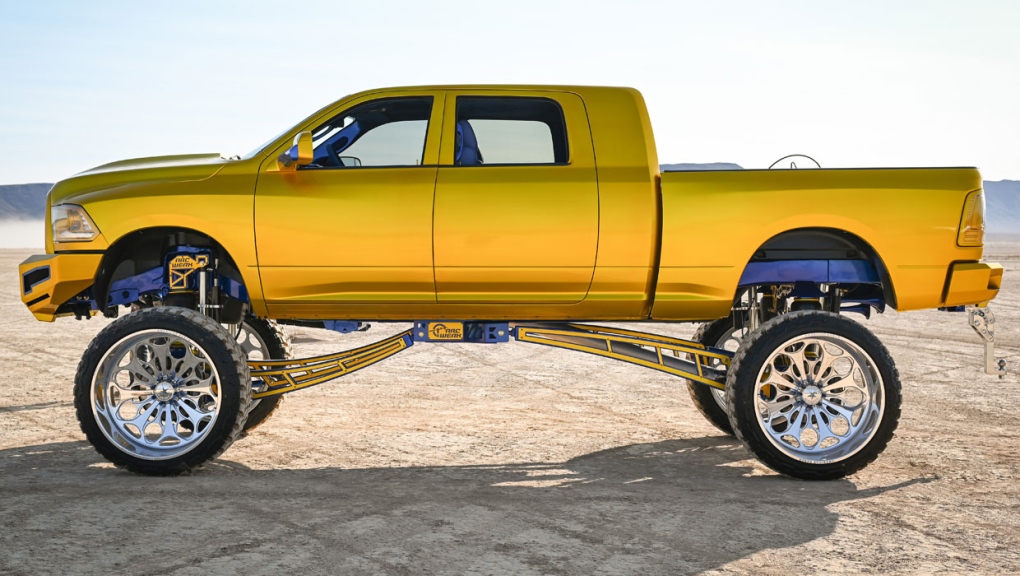 Scott Dombowsky-Oneski has been charged after he tried to make it seem like his gold truck had been stolen. (Supplied)

CALGARY -- The registered owner of a custom-designed gold truck has been charged after Calgary police say they caught wind of an alleged scheme to defraud an insurance company.

Calgary police originally reported that an unknown suspect had broken into a fenced compound on property owned by DiVita Auto Design at 5306 Third St. S.E. on Feb. 1.

While inside, the suspect reportedly loaded a gold-coloured Dodge Ram truck onto the flatbed and towed it away from the lot using another truck.

The gold truck was later found heavily damaged in the area of McLean Creek on Feb. 27. 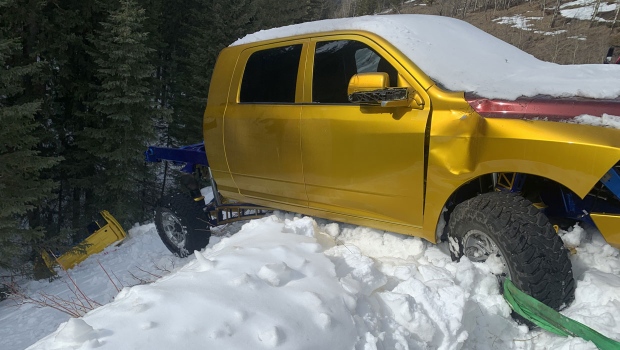 Following the initial request for public information about the truck, police launched an investigation that resulted in charges against the owner.

According to police, the owner of the gold truck owed a significant amount of money to the auto repair shop where the truck was being stored and had stolen the vehicle in order to secure an insurance payment.

As a result of the investigation, police say Scott William Dombowsky-Oneski, 23, of Rocky View, Alta. is charged with two counts of fraud over $5,000 and one count each of break and enter and public mischief.

He is expected in court on June 26.

Calgary police say the auto repair shop was not involved in the theft.