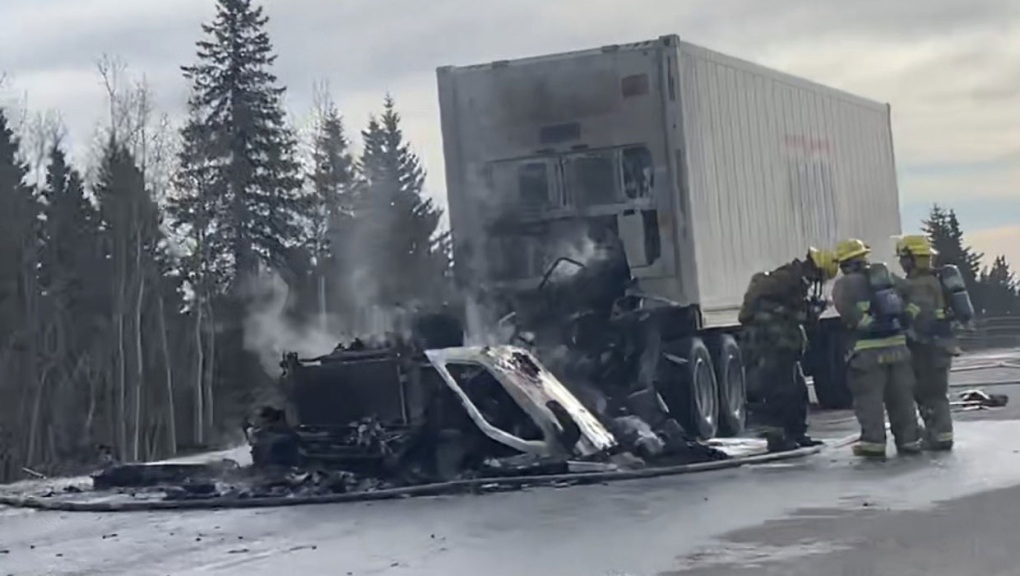 A truck fire on Highway 1 west of Calgary caused a big traffic delay for drivers.

CALGARY -- No one is injured after emergency crews were called to the scene of a truck fire on the Trans-Canada Highway, but traffic is expected to be delayed for some time.

Cochrane RCMP were called, along with Springbank Fire Services, to an incident in the westbound lanes of Highway 1, just west of Highway 68, shortly after 9 a.m.

Upon arrival, crews found a semi-trailer with the cab on fire.

Officials say the driver of the truck, which was hauling frozen foods, was able to stop and get out of the vehicle before the flames spread too quickly.

The incident is expected to delay westbound traffic, so drivers are advised to consider a different route.