CALGARY -- The family of a Calgary mother killed by a man who got behind the wheel of his pickup truck against doctors' orders feel justice has been denied.

“We are all upset, disturbed, he just got away with a lighter sentence,” said Suneet Sharma, Anjna’s husband. “This is not really enough [of a] sentence to keep such drivers away from the roads.”

Thursday afternoon, a judge sentenced James Beagrie, 48, to two years and three months in prison. Beagrie is also banned from driving for seven and a half years once released.

“I would describe this event in two words, tragic and senseless,” said Court of Queen’s Bench Justice Richard Neufeld.

Anjna Sharma was killed on May 23, 2017. The 48-year-old was taking a walk during her lunch break near Sunridge Mall when she was hit and dragged by Beagrie’s Ford F-150 truck. Beagrie lost consciousness and smashed into an oncoming car before striking Sharma.

Beagrie was originally charged with criminal negligence causing death. In September 2020 he pleaded guilty to the reduced charge of dangerous driving causing death.

Court heard Beagrie was diagnosed with a benign brain tumour in 2013 and was required to see a neurologist annually.

Three months before Sharma was killed, Beagrie blacked out while driving near Drumheller where he lives and was involved in a single vehicle crash. Beagrie was told by his family doctor not to drive because he needed to be seen by a specialist.

During sentencing Neufeld said he acknowledged Beagrie is remorseful and accepted responsibility by pleading guilty. But he noted Beagle ignored warnings from his doctor and put the lives of many people at risk. 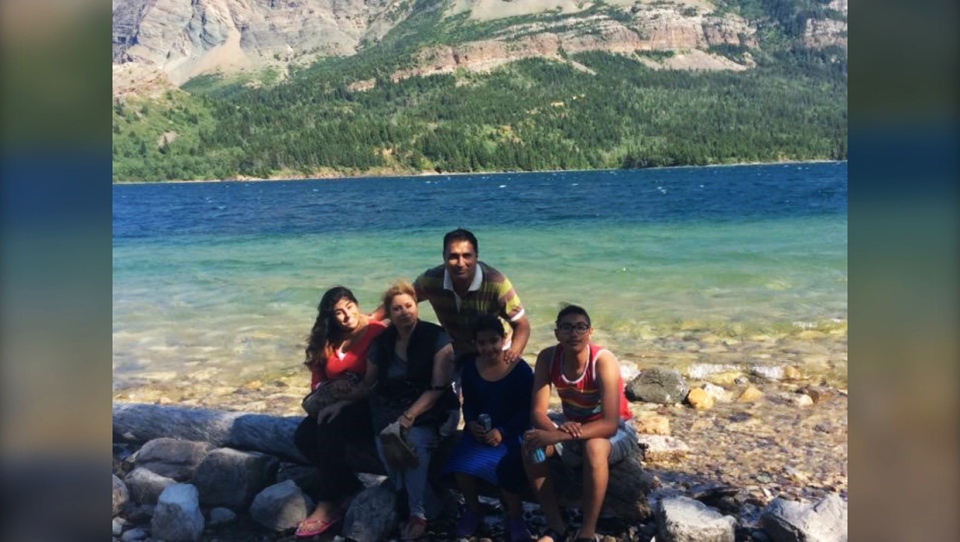 Neufeld reduced the two and a half year sentence suggested by the crown to reflect Beagrie’s deteriorating health condition citing concerns about the overall prognosis of the tumour.

“He knows he is able to harm someone with such a heavy vehicle and he had repeated blackouts in the past,” said Suneet Sharma, who said he feels anger towards Beagrie who knew he was a risky driver.

Sharma said the tragedy has devastated his family. The couple’s children were 12, 15 and 19 at the time of the crash.

“I have severe anxiety and depression. I have been suicidal,” said Archisha Sharma, the youngest child who is now 16. “I feel like I’m really weak now.”

Archisha said she has been hospitalized multiple times.

“The worst part is her not being able to see me and my family just turn into adults,” said son Rudransh who is now 19. “She was an angel.”

Rudransh said his mother was the backbone of their family. He said its heartbreaking her death could have been prevented.

“I’m more angry at the fact of how immature of a decision that was from him.” said Rudransh of Beagrie’s decision to drive. “That day should never have happened.”

“Me and my family have just been very unlucky with this incident. We just want the justice that we want.”