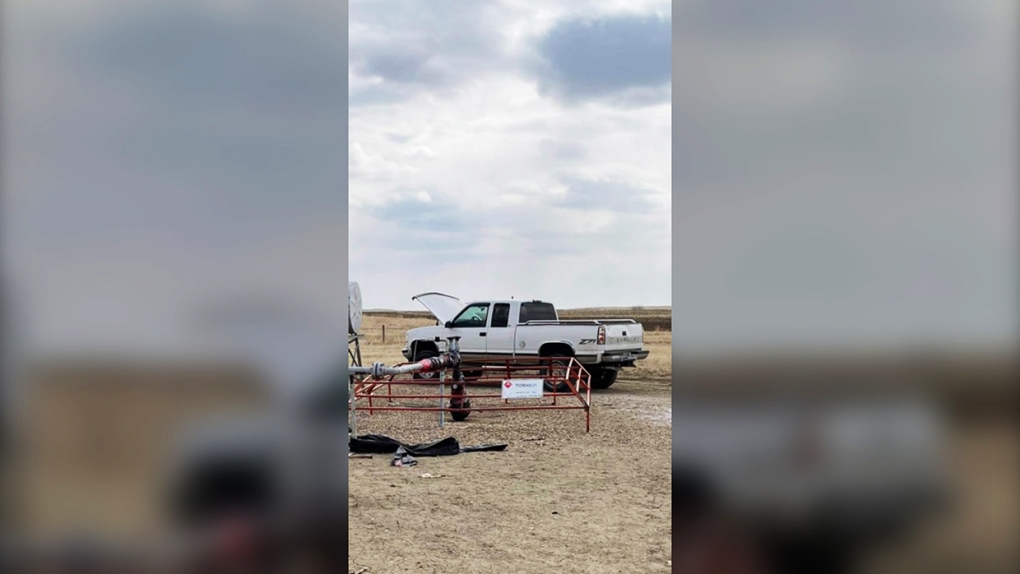 The incident took place early on April 25, when Bassano RCMP responded to a call at 7 a.m. of a suspicious vehicle in relation to the theft of fuel around Highway 550 and Range Road 164 outside Bassano.

Upon arriving, the officers noticed the trail of a fuel spill that led them to a field, where they discovered two suspects, who fled on foot.

Officers chased the suspects for approximately one kilometre before they eventually surrendered. Police arrested a man and woman for theft.

Police also recovered other stolen property related to a theft in Drayton Valley in June, 2020.

*  Two counts of possession of stolen property under $5000;

*  Theft of a motor vehicle

Additionally, Hudson was charged with possession of break-in instruments.

“I would like to thank the residents for calling on suspicious persons as it helped lead to the arrest and apprehension of suspects in numerous thefts in and around our community,” said Bassano RCMP lead investigator Const. Hugh Jia. “This is a clear example of the impact the community and police partnership can have in solving and reducing incidents of rural property crime.”

Anyone who witnesses criminal activity is encouraged to contact Bassano RCMP at 403-641-3677 or your local police. Anonymous tipsters can contact Calgary Crime Stoppers at 1-800-222-8477, online or via the P3 Tips app available at Apple or the Google Play Store.