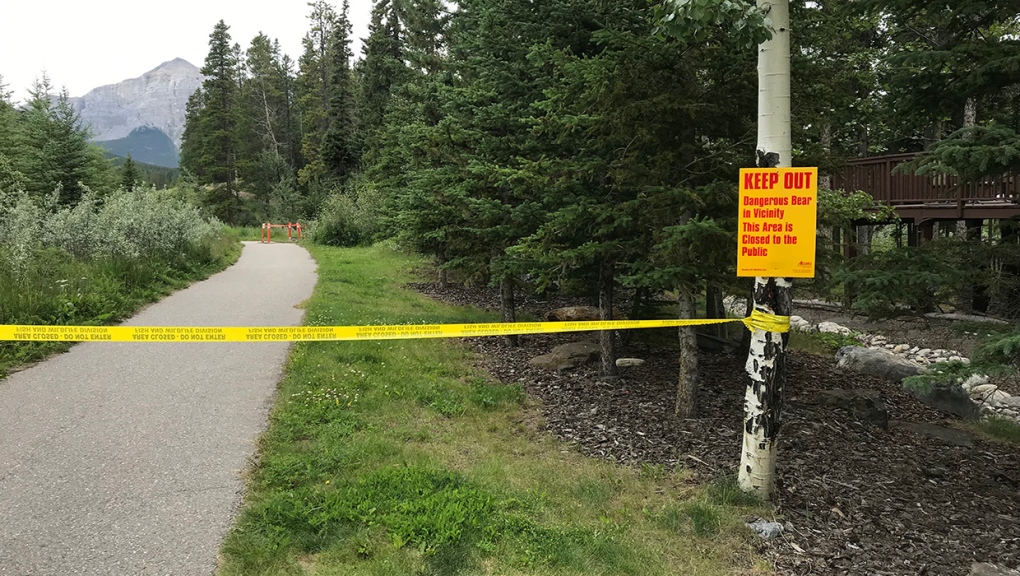 Some trails near Canmore were closed after a grizzly sow and her cubs were seen in the area.

A large closure is in effect for an area near Canmore after a grizzly bear sow and her cubs were seen near the town earlier this week.

Alberta Parks issued a warning on Wednesday for the area above the powerline near Quarry Lake, which includes several popular running and mountain bike trails.

The closure is in place until further notice and affects the following areas:

Several black bears have also been hanging around the townsite lately.

"Respect those trail closures and warnings," said Cheryl Hojnowski of the Biosphere Institute of the Bow Valley. "They are in place for a reason. They’re there for your safety and they’re also there for the safety of the animals.We want to give them space especially this time of year when the berries are coming in."

"Bears will be coming down the valley looking for that food source.”

Bear encounters are more likely this time of year as buffalo berry crops, which are a key source of food for bears, are starting to ripen.

Tips to avoid a surprise encounter with a bear:

Alberta Parks is asking people to report all bear sightings immediately by calling 403-591-7755.

For the latest on public safety advisories, visit AlbertaParks.ca.