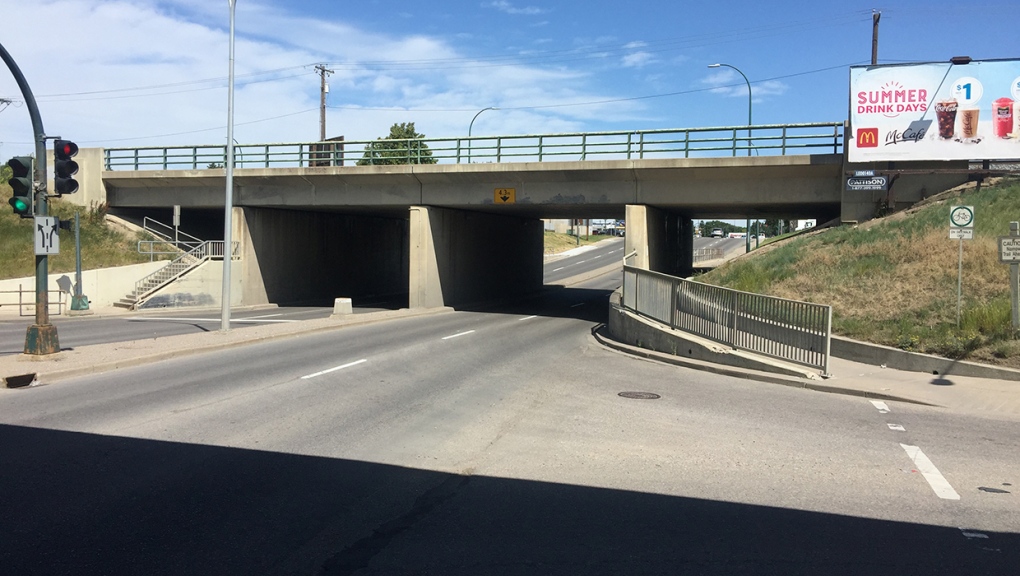 The railway overpass atop Mayor Magrath Drive was damaged by a transport truck's load on July 21, 2020

CALGARY -- Lethbridge police are seeking witnesses after a semi crashed into an overpass Tuesday evening near the Mayor Magrath Drive/Highway 3 interchange.

According to Lethbridge Police Service officials, a semi hauling an oversized load was travelling northbound on Mayor Magrath Drive between 7 p.m. and 8 p.m. when it collided with the edge of the underside of the bridge just north of Highway 3.

Police say the driver of the semi failed to remain at the crash scene. The bridge and the cargo sustained significant damage.

Anyone who witnessed the collision is asked to contact the LPS at 403-328-4444 or anonymous tips may be submitted to Crime Stoppers.