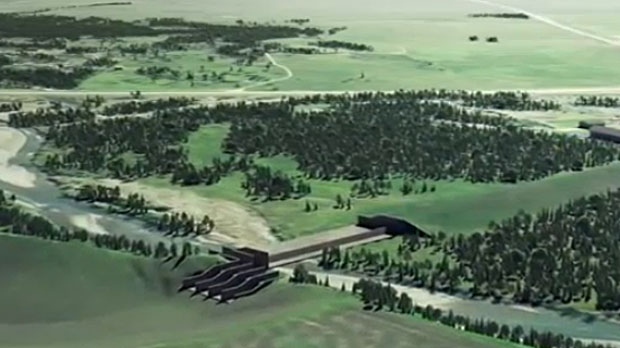 The Tsuut’ina First Nation has formally withdrawn its opposition to the Springbank Dam and reached an agreement with the province. (File photo)

The Tsuut’ina First Nation has formally withdrawn its opposition to SR1 and reached an agreement with the province to protect its land.

Details of the agreement between the province and the Tsuut’ina First Nation have not yet been released.

The proposed project is the province’s plan to temporarily store water in the event of a flood.

“Our primary concern has always been the protection of our people and our land,” said Chief Roy Whitney in a statement.

“We have reached an agreement that provides that protection and allows us to mitigate impacts from flooding in the future.”

The agreement comes nine months after former Tsuut’ina Chief Lee Crowchild vowed to “use every tool at my disposal to stop SR1.”

In a July 2019 news conference, Crowchild told reporters his council had several concerns with the proposed dry dam and it was “the wrong project for southern Alberta.”

“This marks a major milestone in the regulatory review of the Springbank Reservoir and we are pleased to continue to work with our First Nations partners,” said transportation minister Ric McIver in a statement.

The project has also faced opposition from Rocky View County council and community groups who believe the dam should be built elsewhere. The project is still awaiting approval from provincial and federal regulators.

If built, the reservoir would be located about 15 kilometres west of Calgary and would cover about 3,870 acres. The cost is estimated to be around $432 million.