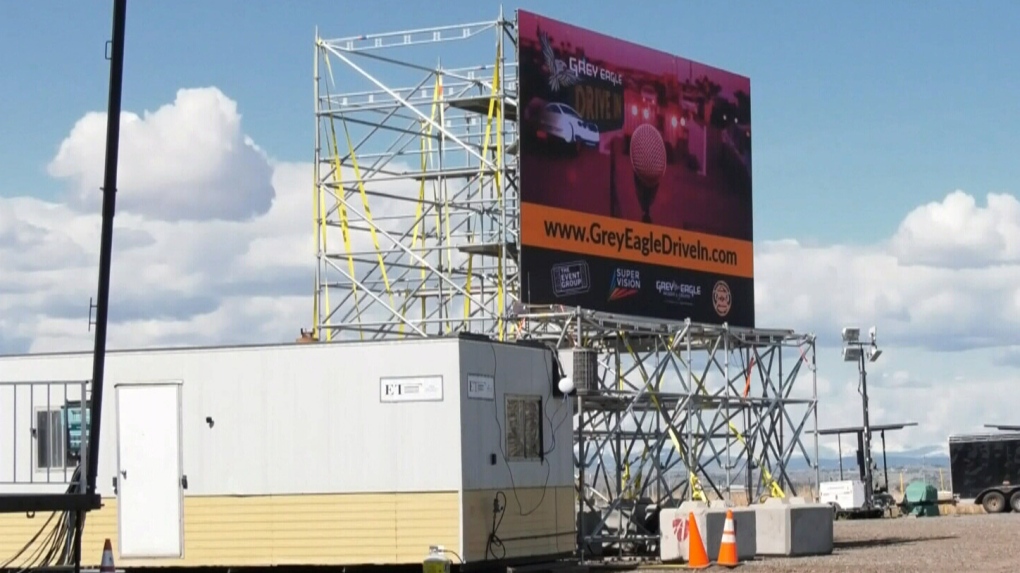 The Grey Eagle Drive In will go ahead on Wednesday after organizers acquired approval from the Tsuut'ina Nation.

CALGARY -- A few days after Alberta Health Services said a drive in movie activity could not take place on the Tsuut'ina Nation, that nation's chief and council say it will go ahead and it will be safe for spectators.

The Grey Eagle Drive In, organized by The Event Group, was originally supposed to screen Dirty Dancing Friday night, but the province stepped in to cancel the performance, citing concerns about the public gathering.

Now the group says the show will go on, with a screening of Star Wars Episode VII: The Force Awakens on Wednesday.

Officials say they've acquired the approval of the chief and council of the Tsuut'ina Nation, who say they have the authority to determine what activities take place on their lands.

The president of The Event Group, David Howard, says that the performance is safe and there is no risk to the audience because everyone stays inside their vehicles.

"Our team is grateful for the Tsuut’ina Nation giving us the approval to get back to showing films at the Grey Eagle Drive In," he said in a release.

"We can ensure all our guests that the events will safely be presented and COVID protocols will be met."

The Grey Eagle Drive In is scheduled to screen other films throughout May including Frozen, The Usual Suspects, Raya and the Last Dragon, Ghostbusters, Dirty Dancing, Ironman, The Breakfast Club and Scarface.