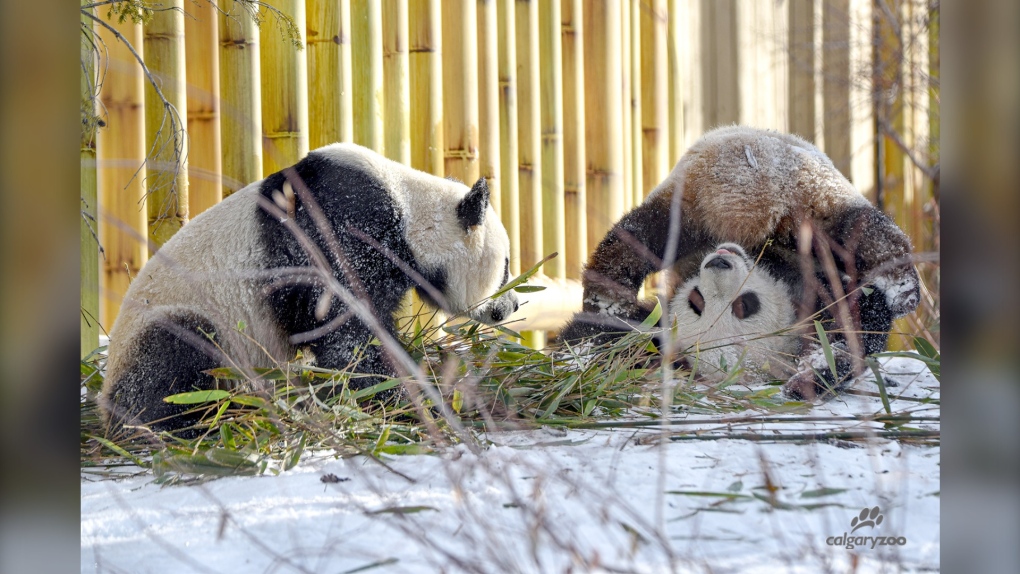 CALGARY -- After departing from the Calgary Zoo on Friday, twin giant pandas Jia Panpan and Jia Yueyue arrived safely at their new home in Chengdu, China over the weekend.

Born at the Toronto Zoo in October 2015, the pandas — whose names mean Canadian Hope and Canadian Joy respectively — came to Calgary in March 2018 as part of a 10-year agreement between Canada and China.

Caregivers from the Chengdu Research Base of Giant Panda Breeding arrived in Calgary last year to help facilitate the planned return. And a panda keeper from Calgary, along with a member of the veterinary team, also made the trip to China.

"We would like to thank our staff and transportation partners for their significant planning and hard work to get the giant panda cubs back home safely," said Jamie Dorgan, director of animal care at the Calgary Zoo.

"We’re proud to have contributed to panda research and conservation for their two-year stay with us and are excited for that to continue for the next three years. Jia Panpan and Jia Yueyue will be deeply missed by our staff, volunteers, community and indeed people right across North America who visited them during their stay in Canada."

And the giant pandas proved to be popular during their time in Calgary.

Officials estimated a 25 per cent increase in visitors (1.5 million people) and an economic boost of $18 million within the first year of the their arrival.

The two adult giant pandas, the twins' mother, Er Shun, and a male panda, Da Mao, will remain in Calgary until 2023.