Two Lethbridge women are demanding that the head of the Lethbridge Supervised Consumption Site and Mayor Chris Spearman resign, after the province cut off funding for the site.

LETHBRIDGE, ALTA. -- Two women from the Lethbridge Needle Crisis Group are demanding the resignation of the head of the Lethbridge Supervised Consumption Site and Mayor Chris Spearman after the Alberta Government announced it will no longer provide funding for the site.

Since the Lethbridge S.C.S first opened in 2018, a debate on whether it helps or hurts those struggling with addiction has been ongoing. Although ARCHES is currently in the hot seat after allegations of financial mismanagement resulted in the province suspending its funding, Operator of the Lethbridge Needle Crisis Group Lyra Angus said she believes Mayor Spearman is equally as responsible for how the SCS has been running.

“He has received thousands and thousands of complaints from when the SCS went up from business owners, from parents of children who have been pricked by needles, and he has done nothing except ignore and deflect," she said, in an interview with CTV News.

“We need recovery, we need rehab, and we need detox," she said. "Our city has preached that for as long as I can remember, and it doesn’t seem anyone is making those changes.”

Even when the province announced on July 15 that it will have 400 additional treatment beds in Alberta to assist with mental health and additional treatments, Angus stated that it still wouldn’t be enough - even if all 400 new beds were in Lethbridge.

Former Spokesperson for the Lethbridge Needle Crisis Group Sarah Villebrun said as someone who is now 12 years sober, she agrees more needs to be done.

“Currently we do not have enough beds to help the population," Villebrun said. "As a former addict myself, I know that recovery works and recovery is possible. However, giving a place to consume the narcotics without the proper policies and procedures in place is not the way to go about it.” 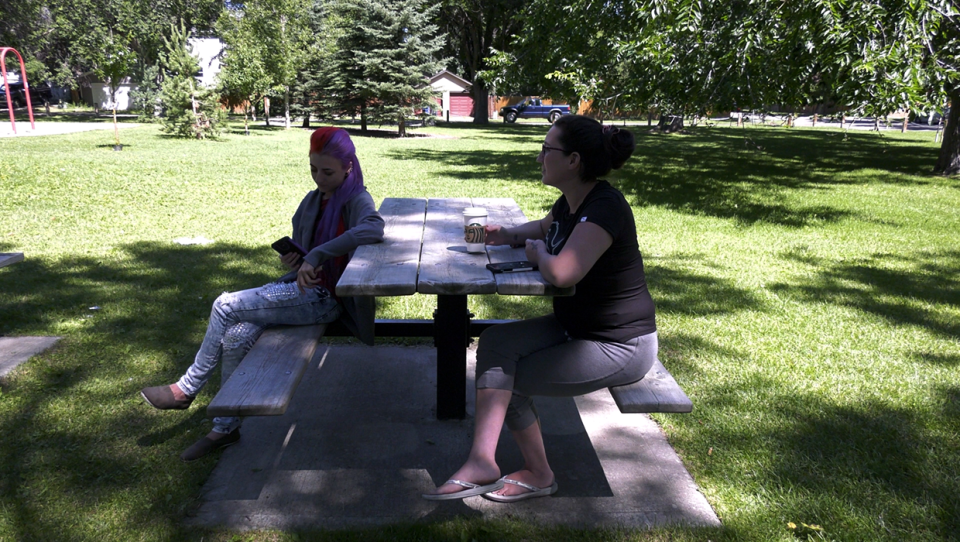 The provincial government pulled its funding to ARCHES when allegations of financial mismanagement were found by the ARCHES audit, which indicated that $1.6 million was missing.

The province also announced that a mobile SCS service will be put in Lethbridge under Alberta Health Services. Villebrun said she’s okay with that since it wouldn’t be under a privatized company.

“There’s somebody that we can hold accountable if something happens," she said. "(They) probably (need) better recordkeeping as well and we have proven over time that having a supervised consumption site does save lives.”

CTV also reached out to Mayor Spearman about why there is a call for his resignation. Spearman said he won't be commenting on the matter.