A U-Haul truck crashed into Calgary's Mill Street Brewpub Wednesday afternoon. No one was injured in the four vehicle accident.

CALGARY -- A U-Haul truck crashed into the Mill Street Brewery brewpub on 17th Avenue Wednesday in a multi-vehicle accident.

According to Calgary Police, the incident took place around 12:10 p.m. when the truck collided with the side of the pub, located between First and Second Street S.W.

At least four vehicles, which had been travelling eastbound or westbound at the time, were involved.

There was a single occupant in the U-Haul. No information regarding age or gender was made available. 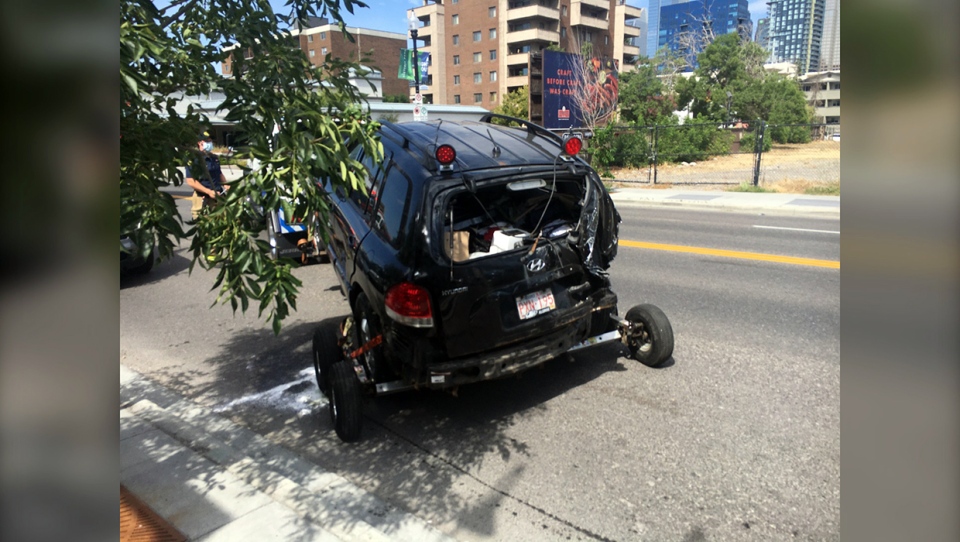 No one was reportedly injured, and there was slight exterior damage done to the building. A section of the road was closed for about an hour, but has since reopened.

There was no word on whether the pub stayed open.

CLEAR: The traffic incident on 17 Ave b/w 1 St and 2 St SW has been cleared. #yyctraffic #yycroads