U of C researchers confirm fracking directly contributes to earthquakes 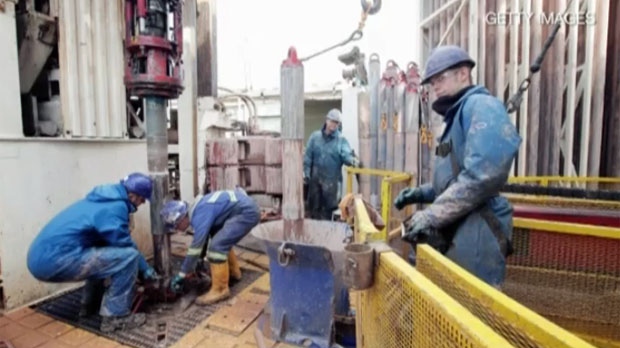 A study of seismic activity in western Canada has unearthed the direct relationship between hydraulic fracking and earthquakes.

David Eaton, a professor of geophysics at the University of Calgary, presented the findings of ‘Fault activation by hydraulic fracturing in western Canada’ to the Journal of Science on Thursday.

“This is not the first study of hydraulic fracturing and earthquakes in western Canada,” explained Eaton in an interview with CTV Calgary. “What sets this one apart is that we can now pinpoint the activity with enough resolution that we can image actual fault structures and observe how these faults are turning on and turning off during and after hydraulic fracturing.”

“We need that level of detail in order to move forward with a basic understanding of it.”

Eaton, who co-authored the study alongside Xuewei Bao, says his interest in the impact of hydraulic fracking was piqued by large seismic activity near Fox Creek in early 2015.

“We actually dispatched a group to go up there and install some equipment to try to record aftershocks from the event that occurred and that actually led into the project today that was published in the Journal of Science and sort of culminated in some breakthrough new discoveries about how the process works.”

The U of C professor considers his research to be a positive step towards establishing change.

“What we’re hoping is this work will contribute to better science-based regulations in areas where hydraulic fracturing is being used and a better understanding of mitigation strategies and risk assessment on the part of industry,” said Eaton. “There’s concern on the part of regulators and industry in trying to understand that and manage the risk.”

Eaton says hydraulic fracking seismic concerns are not exclusive to Canada. The geophysics professor points to the dramatic increase in earthquake activity in the central United States, particularly Oklahoma, where disposing of large volumes of waste water has become a common practice.