Vitamin D: Too much of a good thing? 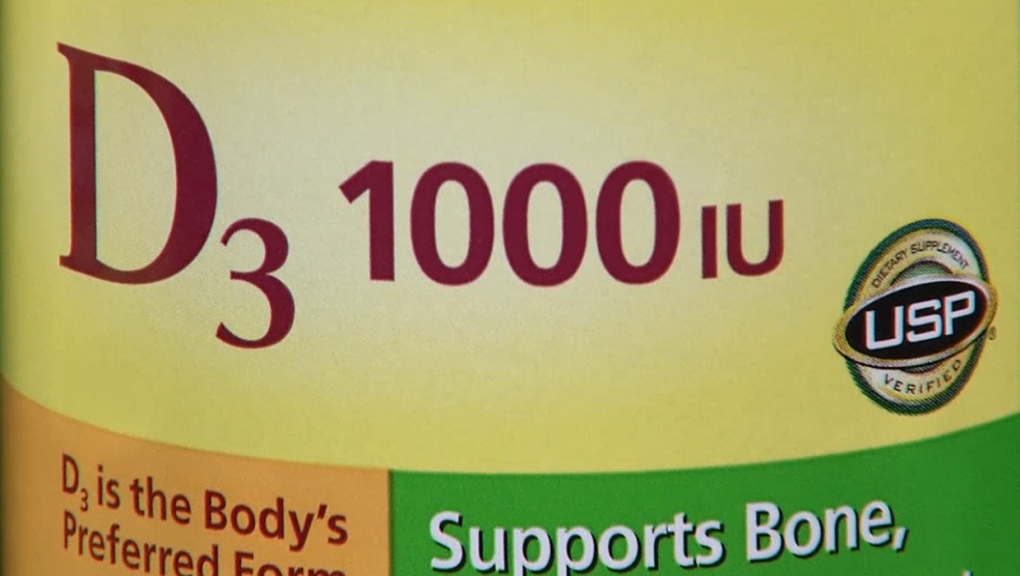 Label on a bottle of vitamin D (file)

A three year study into the effects of taking large doses of vitamin D shows the supplements can cause a moderate reduction in bone mineral density (BMD).

A low BMD reading is a potential indicator of heightened risk of bone breakage or osteoporosis.

At four points through the study, participants underwent High-Resolution Peripheral Quantitative Computed Tomography (HR-pQCT) scans of their radius (arm bone) and tibia (leg bone).  The 3-D scans were used to measure BMD in those bones and found a direct correlation between increased vitamin D consumption and reduced BMD.

At the study’s onset, researchers had expected to see an increase in BMD when higher doses of the supplement was given.  Instead, the study shows the exact opposite.

"It's not like their bones are melting away, so it's not a huge effect," said co-lead investigator Dr. Steven Boyd.

"What the message is though, I think, is if you are taking high dose vitamin D and you are taking it for decades, that could probably add up to something important."

"At this stage, the recommendation for healthy Canadians would be that the current Health Canada recommendations is healthy for bone," said co-lead investigator Dr. David Hanley.

Health Canada's daily recommended intake for vitamin D is 400 IU for infants, 600 IU for children aged one up to adults aged  70, and 800 IU for anyone over 70. Health Canada's sets the maximum safe dose at 4,000 IU per day.

The findings are already sparking controversy and are being questioned by some of Canada’s heavyweights in food supplement science.

Dr Aileeen Buford-Mason, author of 'The Healthy Brain' says the study is riddled with problems.

"The main problem with any of the studies testing the effect of vitamin D on bone density is that many other nutrients are needed to ensure good bone health, not just calcium and vitamin D," said Buford-Mason. "These are so numerous that they cannot be controlled for in a study like this."

As an example, Buford-Mason says anyone with Caucasian skin who spent 20 minutes in the sunshine in summer would produce approximately10,000 IU of vitamin D.

"This is the whole essence of having a randomized clinical trial," he says, "that means all of those effects are spread evenly across the study, so we the real effect we can measure  -- the one thing we can control -- is how much vitamin D people take, and we can measure the effect that way."

The study was funded by the Pure North S’Energy Foundation which has courted controversy in the past for its use of high dose supplements, including vitamin D.

In July 2017, Pure North S’Energy had its Alberta Health funding pulled for a nurse practitioner clinic after it was revealed a 74-year-old patient at the clinic had been prescribed vitamin D doses of 50,000 IU.

While acknowledging Pure North’s role in funding the study, researchers say it had no control over the way it was conducted, saying "Pure North S’Energy Foundation had no role in the design and conduct of the study; collection, management, analysis, and interpretation of the data; preparation, review, or approval of the manuscript; and decision to submit the manuscript for publication."