Warmth prevails for a few days 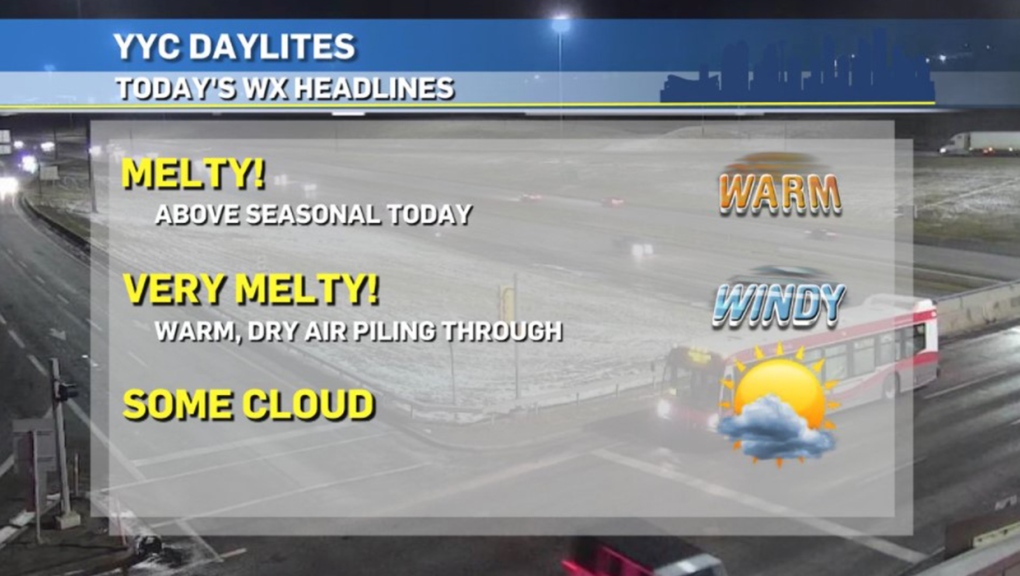 CALGARY -- Tobogganing yesterday, and a green hill by the end of today.

Rising high pressure is cycling a lot of westerly wind aloft across the Rockies, with the initial band of heat that pushed in this morning bringing us from 2.2C at 1 am to 9.4C by 2 am! Subsequently, our wind speed leaped from 13 km/h to 51 km/h gusts in that same timespan. We've held to those gusts, but they should drop off as we exit the morning and become moderate sustained wind instead (20-30 km/h).

Gusts have already been recorded this morning in the 100 km/h range in a few spots, where a wind warning holds steady. Waterton Park Gate recorded a 109 km/h gust, then the Nakiska Ridgetop pulled in a 130 km/h reading. Elevation plays its part on that last one. These warnings should sustain through the day and taper off when we get into the late afternoon, though some forecast models suggest our pals in Lethbridge might see those gusts right into the evening.

Way up in Alberta’s northwest, a low is slated to track into central Saskatchewan later today, and the ensuing cold front will push us back down and could offer a couple centimetres of snow by noon tomorrow. While we manage to cling to a positive high, it's still cool enough to sustain those flurries.

Thereafter, we fall under the high pressure ridge aloft and stick close to the 8-9C seasonal value.

Two photos today: first, the ice bow phenomenon, where ice crystals aloft form a 22-degree halo near the surface! As the name suggests, it's quite like a rainbow, though formed of tiny plates of ice. Thanks to everyone who sent in these amazing photos – Jessica’s took the cake today! 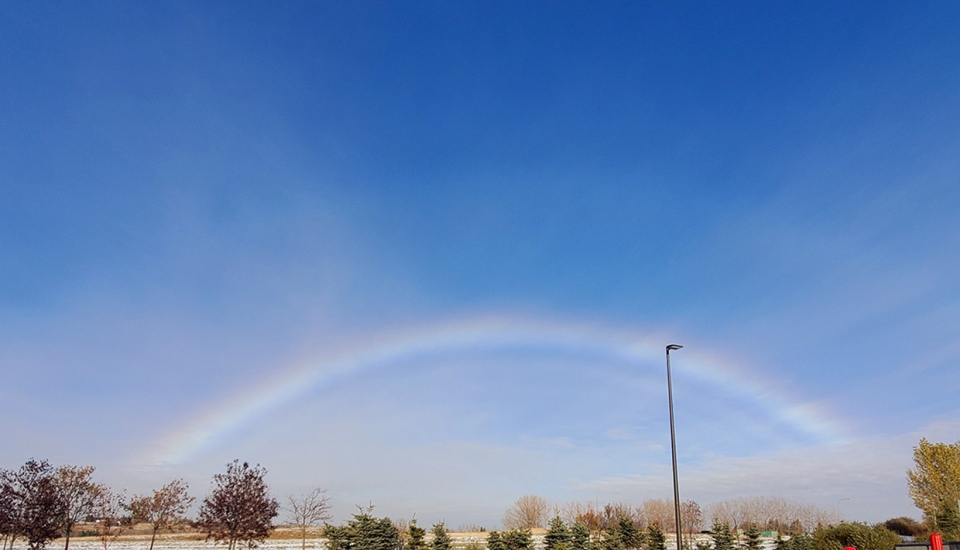 And then a thank-you to Susan with a warning attached for the Hidden Valley area about a new, nosy neighbour! 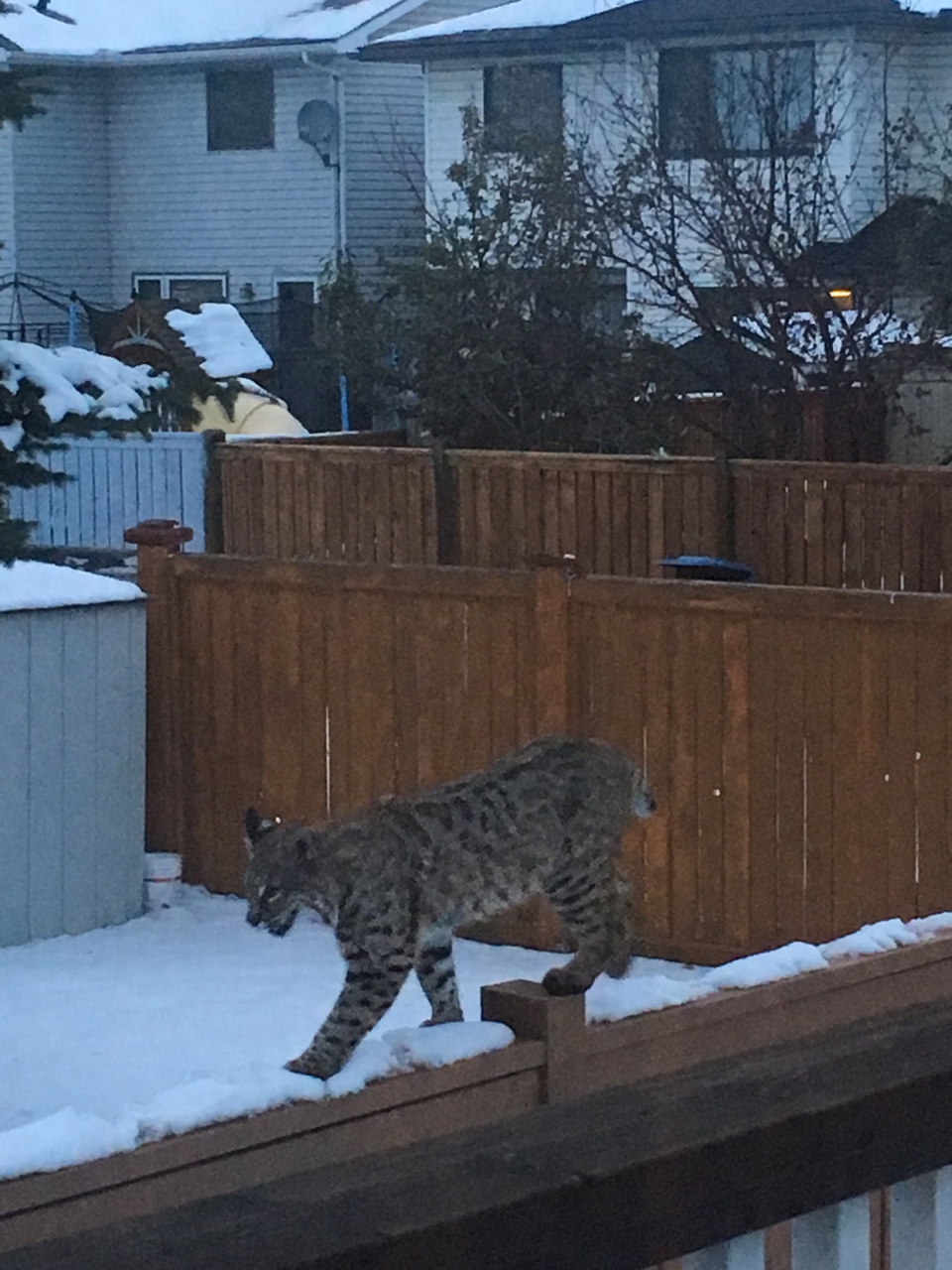 You can submit your snowy weather photos here.