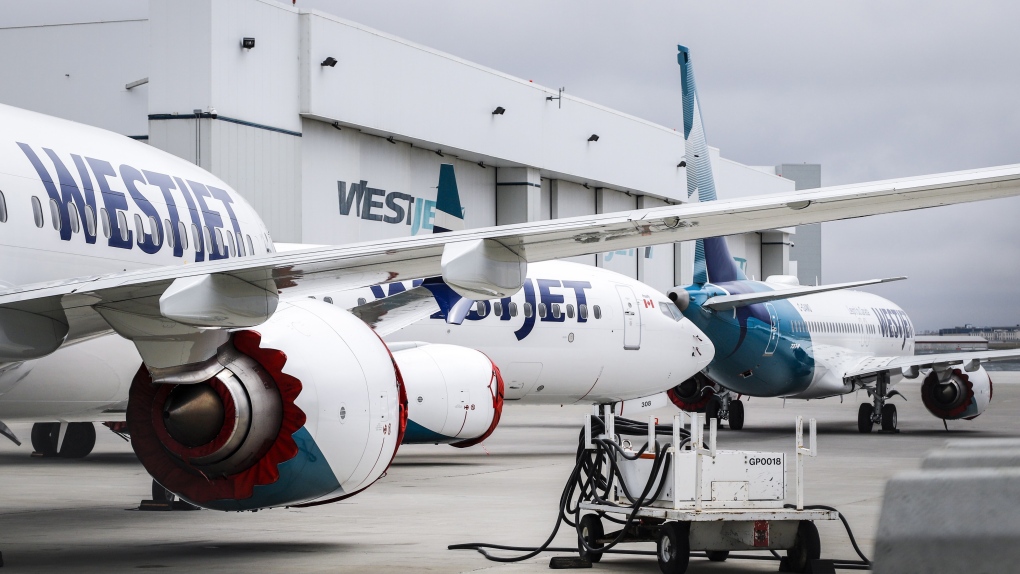 WestJet and CUPE Local 4070, the union representing the airline's cabin crew members, announced Sunday that a tentative contract agreement had been reached. (file)

CALGARY -- Calgary-based WestJet Airlines has reached a tentative agreement with the union representing its more than 3,100 cabin crew members.

CUPE Local 4070 and the airline announced Sunday night that a tentative contract agreement had been made following collective bargaining that began in April 2019.

Details of the agreement have not been disclosed. The union is scheduled to host a ratification vote in March.

Chris Rauenbusch, CUPE LOCAL 4070 president, called the agreement "an unprecedented achievement at the height of trying times for (the airline) industry."

"In the past year, over 90 per cent of our members have been grounded due to the pandemic," said Rauenbusch in a statement. "To achieve a constructive tentative agreement in this environment is remarkable."

The agreement with WestJet flight attendants does not extend to cabin crew members with WestJet Encore and Swoop. The union says it hope to reach similar agreements for flight  attendants who work for the WestJet subsidiaries.