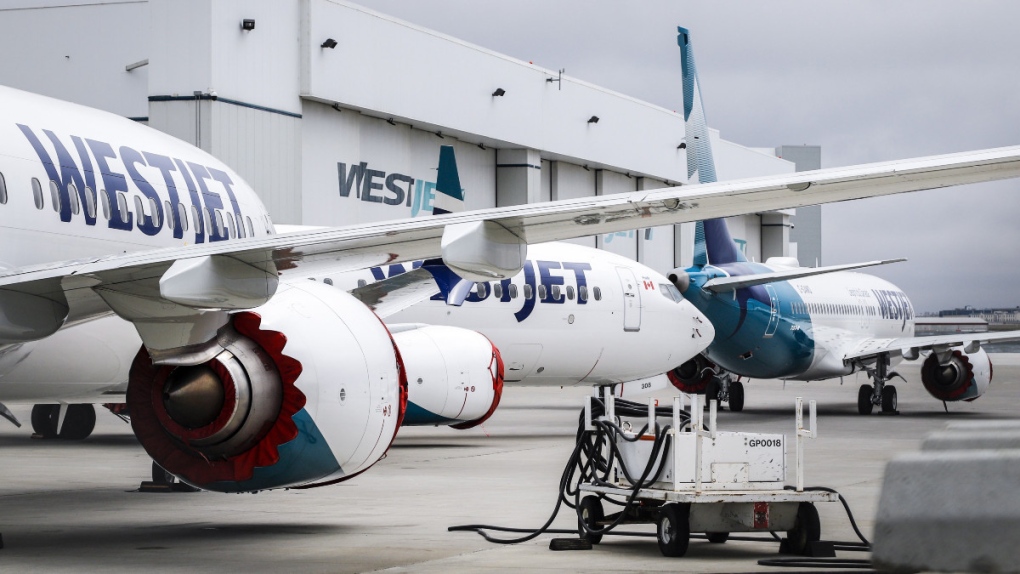 WestJet Boeing 737 Max aircraft are shown at the airline's facilities in Calgary, Alta., on May 7, 2019. (Jeff McIntosh / THE CANADIAN PRESS)

CALGARY -- WestJet Airlines Ltd. says it will operate the first commercial flight of the Boeing 737 Max in Canada since the aircraft was cleared to fly again in Canadian airspace.

The flight will take off from Calgary on Thursday and land in Vancouver, where company executives will hold a press event, WestJet said in a news release Wednesday.

The Boeing 737 Max was grounded in Canada in March 2019 following two deadly crashes that investigators said was caused by a faulty sensor system.

Transport Canada lifted its grounding order for the Max on Jan. 20 after approving a number of changes to the airplane's design, including allowing pilots to disable an alarm system found to be central to the crashes.

Max pilots will also be required to undergo additional training in flight simulators before they can operate the plane in Canadian airspace.

Air Canada, which has 24 Max aircraft in its fleet, has said it intends to start flying the plane as of Feb. 1.

U.S. airlines began operating the Max in December, with some carriers implementing new policies to notify passengers if they are scheduled to fly on the aircraft.

WestJet said earlier this month that it intends to offer flexibility to its change and cancellation policies for customers who are uncomfortable flying on the Max.

WestJet also released a marketing video outlining the changes to the Max in an effort to ease passengers' concerns about travelling on the plane.

The European Union is expected to clear the Max to fly next week, while China has said it still has no timeline for approving the aircraft.