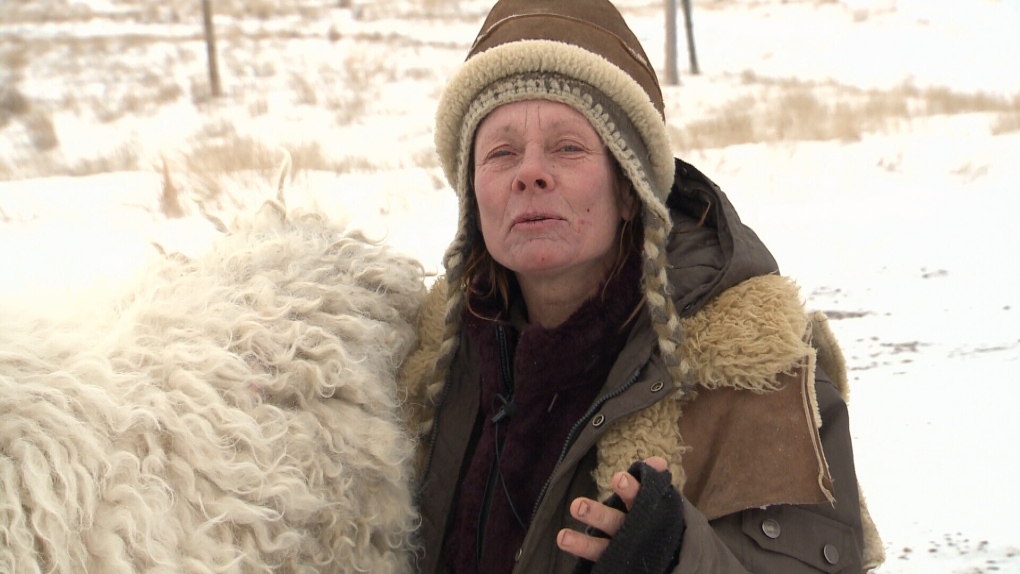 LETHBRIDGE -- A southern Alberta woman who pleaded guilty in connection with the largest animal seizure in Alberta SPCA history has been fined $15,500 and banned for life from owning or caring for animals.

April Irving, 59, did not show up for sentencing, but did call the courthouse during the proceedings to speak to her lawyer, Bjoern Wolkmann.

Wolkmann returned from a brief adjournment to say Irving claimed she had undergone a major medical procedure and was unable to attend. Wolkmann also informed the court that he had been relieved of his duties by Irving.

Judge Derek Redman agreed with a Crown request to proceed with sentencing without Irving, saying the case “needs to be brought to an end.”

According to an agreed statement of facts, in December 2014 and January 2015, officers removed 200 dogs from Irving’s property outside of Milk River. Animals were found dehydrated, starving and chained in the yard. Five other dogs were found dead, including newborn puppies whose carcasses were frozen solid.

Irving originally faced animal cruelty charges, but those were withdraw by the Crown when Irving agreed to plead guilty to four counts under the Animal Protection Act.

Redman told court it was not a case of momentary lack of judgement, and while it may not have been planned, Irving caused tremendous harm and distress, and in some cases, caused death to the dogs.

Case not about money

In imposing a lifetime ban in Alberta, he said “while Irving claims to have a history of love and affection for dogs, it was not borne out by the facts of the case.”

Irving has already spent 128 days in pre-trial custody. Court was previously told she doesn’t have the money to pay the fine, but the time she has spent in jail exceeds the time she will serve if she fails to pay it.

Crown prosecutor Tyler Raymond said the case isn’t about the money although, “the money does act as a deterrent, both for Ms. Irving and other people who are considering not appropriately caring for their pets or animals.”

Raymond said the significant concern from the Crown’s perspective was to see that Irving would never have the ability to own, care or control a dog in this province, for the remainder of her life.