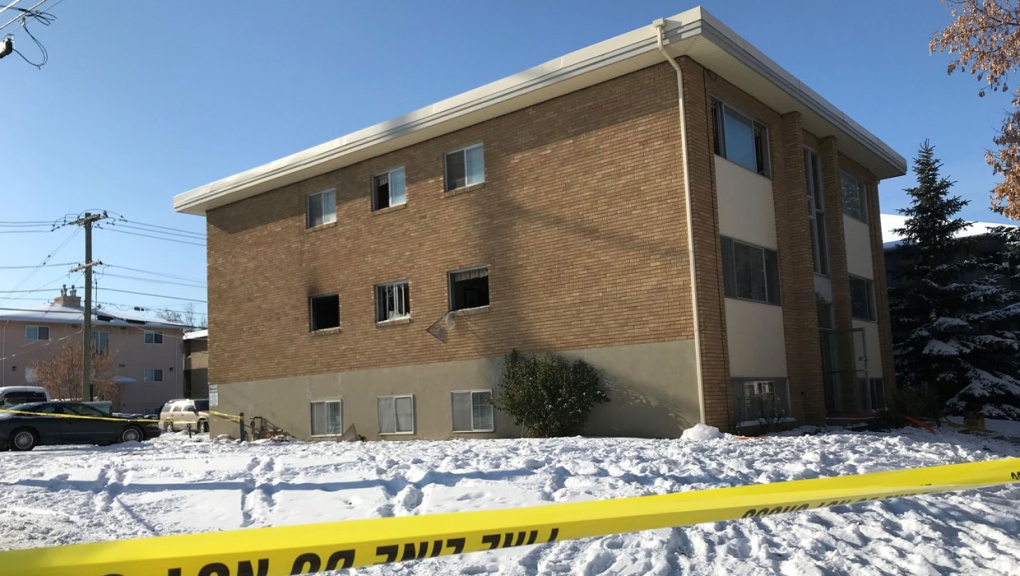 A woman in her 60s is in hospital after the apartment she was in caught fire on Sunday morning. EMS took her Foothills in critical, life threatening condition.

CALGARY -- Emergency crews say a woman in her 60s is in hospital after a fire broke out inside a Calgary apartment building Sunday.

Upon arrival, they found a large amount of smoke and flames coming from the middle floor of the three-storey building.

Crews managed to quickly bring the fire under control and keep it contained to a single unit on the second floor.

An occupant of that unit, a woman in her 60s, was assisted out of the building by firefighters, who administered first aid until EMS arrived.

The victim was taken to Foothills Medical Centre, where she is in critical condition.

Four other people who live inside the building managed to get out safely prior to the arrival of CFD. All those occupants were unharmed.

A fire investigator is now at the scene to determine the cause.