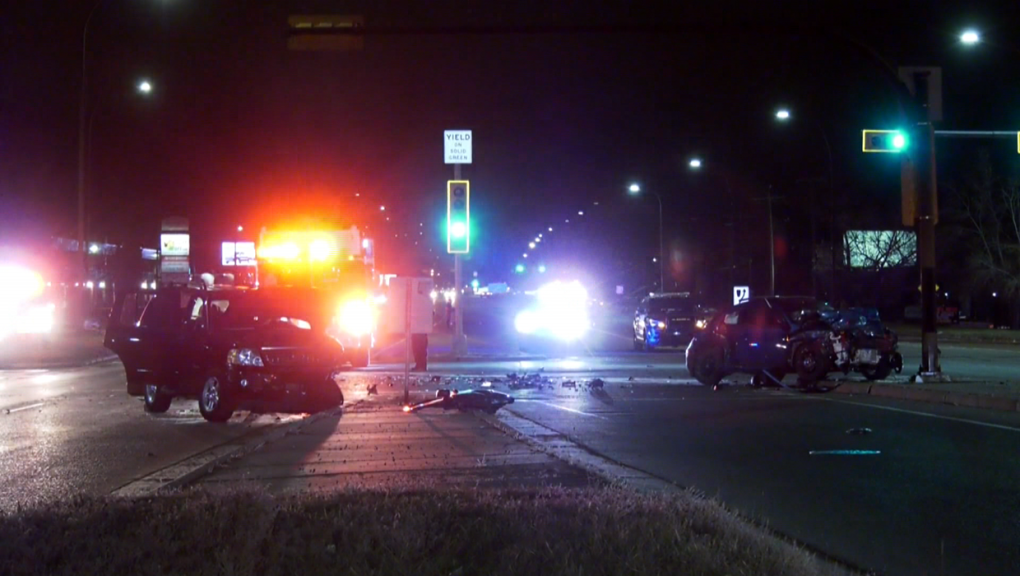 There was a head on crash on Barlow Trail Tuesday at 9 p.m. that sent two to hospital

According to police, an SUV and a Volkswagen Beetle collided at the intersection of Barlow Trail and 72nd Avenue S.E. at around 9 p.m., while the traffic light was changing.

The two occupants of the Beetle, both women in their 50s, were transported by ambulance to Foothills Medical Centre. The passenger's injuries were considered life-threatening at the time of transport.

The driver of the SUV was extricated from the wreckage. The extent of their injuries has not been confirmed.

Police are investigating whether excess speed, a failure to observe right of way or alcohol may have been involved.