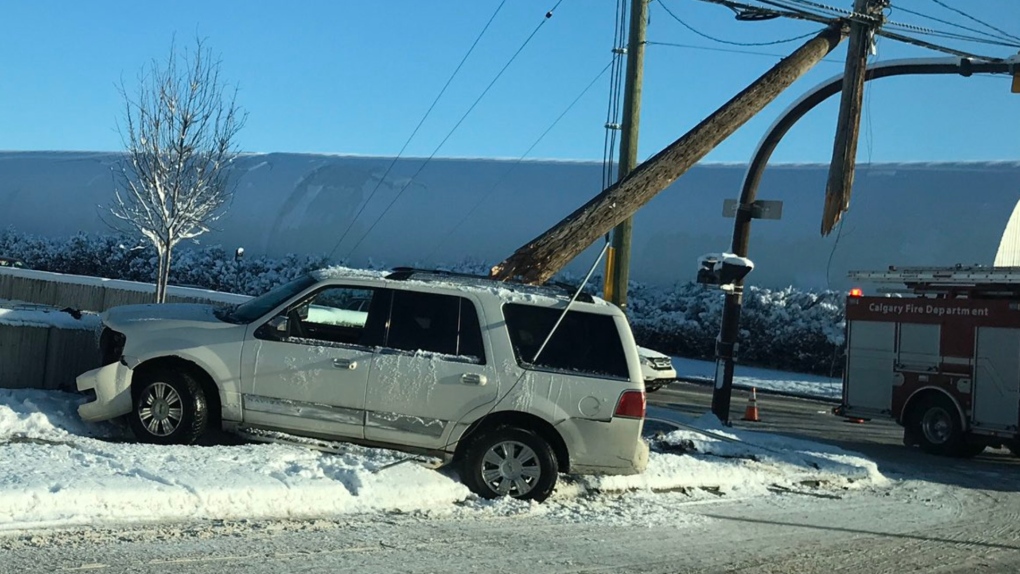 A damaged SUV next to a sheared power pole at the intersection of Centre Ave and 19 St NE (photo: Korben Dallas)

CALGARY – A woman suffered minor injuries Wednesday morning after an SUV crashed through a power pole in the city's northeast.

Emergency crews responded to the intersection of Centre Avenue and 19th Street NE shortly before 10 a.m. following reports of a crash.

EMS transported an adult female from the scene to the Peter Lougheed Centre with injuries that are not considered life-threatening.

ENMAX officials confirm 29 customers were left without power as a result of the crash. Two ENMAX crews were deployed to the scene and a westbound lane of Centre Ave was closed to traffic.

A replacement power pole was installed Wednesday afternoon and power was restored by 2 p.m.