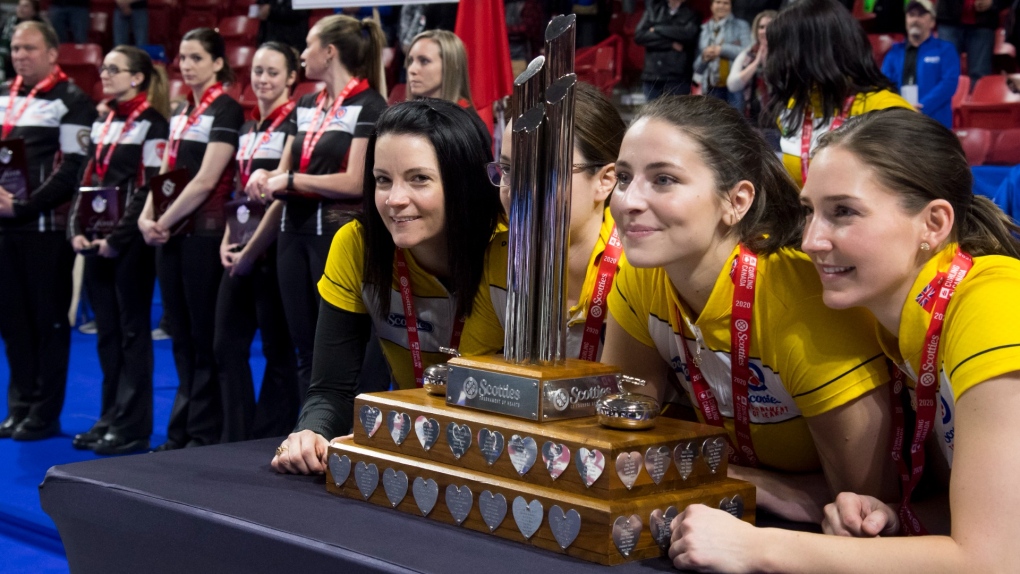 CALGARY -- The 2021 world women's curling championship is back on the calendar.

The event has been added to the list of bonspiels that will be held in the Calgary bubble at the Markin MacPhail Centre. Competition is set for April 30-May 9, the World Curling Federation said Friday in a release.

The world championship was originally scheduled to be held March 19-28 in Schaffhausen, Switzerland. That plan was scrubbed last month after Swiss health authorities declined to provide permission due to COVID-19 concerns.

The Canadian women's curling championship kicked off play last month in a spectator-free, controlled environment at WinSport Arena on the grounds of Canada Olympic Park.

Kerri Einarson's Manitoba-based team repeated as Scotties Tournament of Hearts champions and will represent Canada at the world championship.

The addition of the WCF event brings the list of curling bubble events to seven. The Canadian men's championship was set to begin Friday night and run through March 14.

This report by The Canadian Press was first published March 5, 2021.