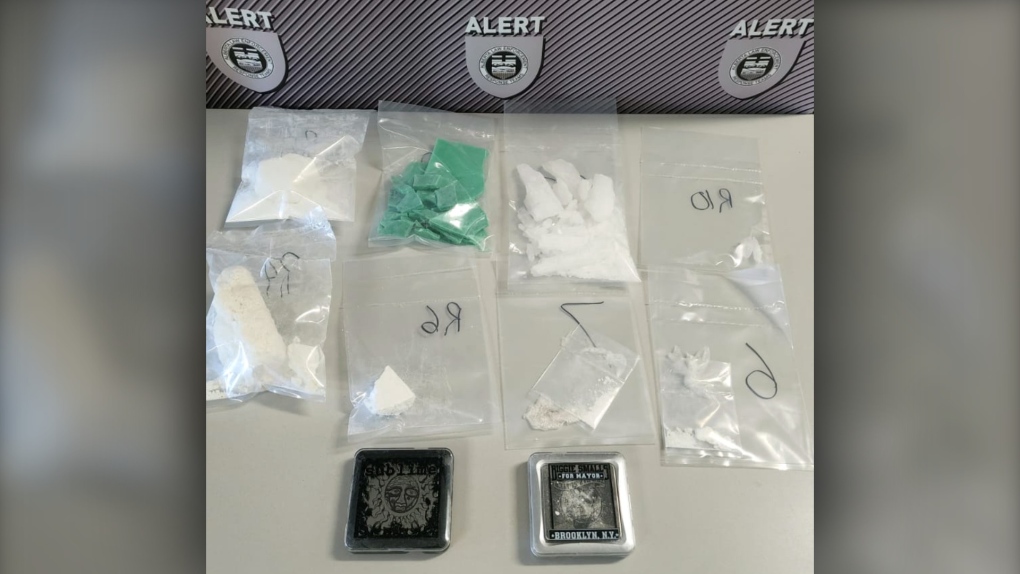 Drugs seized during the Aug. 11 search of a hotel room in Medicine Hat that led to charges against 37-year-old Matthew Hillier. (ALERT)

A 37-year-old man faces drug trafficking charges after more than $100,000 worth of drugs were found in a Medicine Hat hotel room.

Members of the Medicine Hat Police Service and the Alberta Law Enforcement Response Teams (ALERT) launched an investigation into drug activity in the Ross Glen area that culminated with a search of a hotel room on Aug. 11.

Police seized the following quantities of illicit drugs from the room:

ALERT officials say the estimated street value of the seizure is $106,000.

In connection with the investigation, Matthew Hillier, 37, has been charged with:

The accused is scheduled to appear in court Thursday.