2,500 shared electric scooters will be available in Calgary starting next week 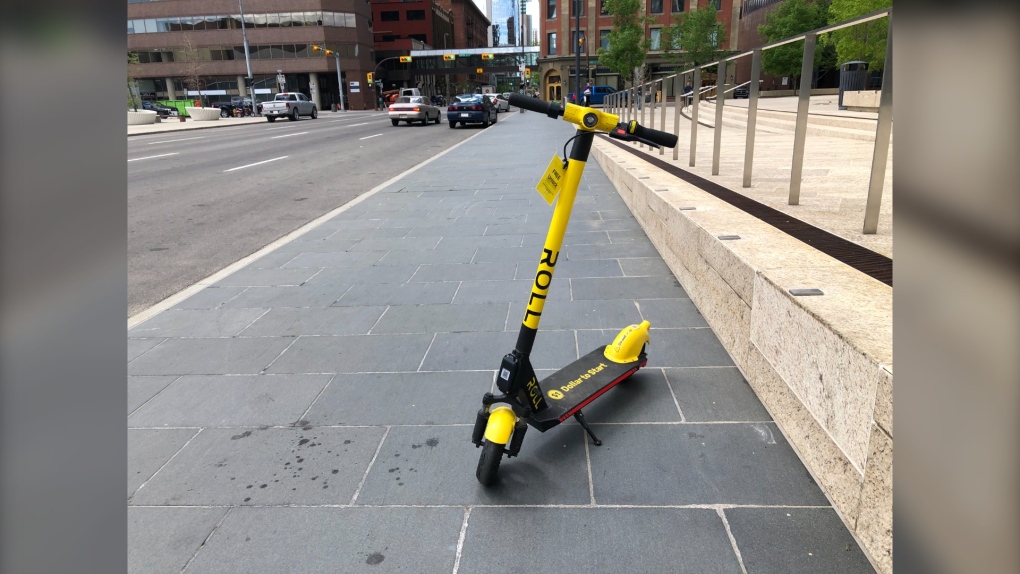 Roll launched its shared electric scooter service in Calgary in late May.

CALGARY -- Another shared electric scooter service is rolling into the Calgary market.

"So far we have more than 4,000 users in Calgary and more than 2,600 trips," said Arda Erturk, head of communications for Roll.

Staff members will charge the Roll scooters when needed, and clean and disinfect them.

"We also have our patrol team, they go around and clean our scooters with sanitizer and disinfectant solutions," said Erturk. "Our aim is to disinfect at least twice a day."

Users are still encouraged to wash their hands or use hand sanitizer after trips.

For the last month, each company has been allowed 150 scooters as part of a pilot program. Beginning June 22, Lime and Bird will be allowed to have 1,000 scooters each, while Roll will be allowed 500, for a total of 2,500.

The city is hoping those will be spread across all four quadrants, rather than being concentrated in the downtown core and Beltline neighbourhood, said Andrew Sedor, a business development coordinator with the city.

"It really depends how they're deployed and across what area," he said.

"We're proactively working with the companies. Every vehicle is equipped with a GPS device so we're able to see where trips are ending and if there's a high concentration of scooters within an area. We're also looking to 311 to see where complaints are coming from."