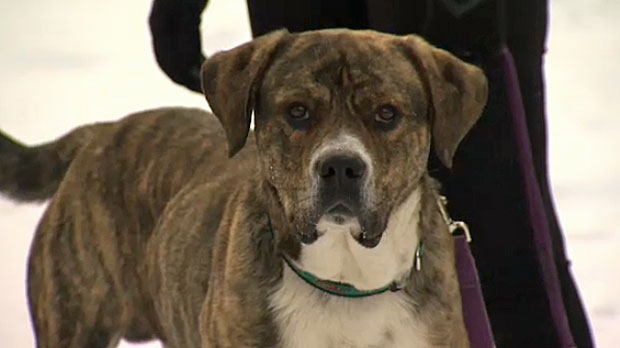 A dog was also found abandoned near Morley ten days ago after someone left it and drove away.

Some people are dumping unwanted pets on properties just outside the city and experts say the animals stand very little chance of surviving especially in the winter months.

Dogs and cats are abandoned by people year round, some in the city and others on the outskirts.

Judi Martinez lives north of Trochu and found three kittens outside her front gate after she returned home from a trip for groceries.

She decided to care for them in her home after a search for the owner failed.

“They haven’t been out of the house except to go to the vet since,” said Martinez. “Don’t dump them out on the roads and in the back country, they’ll be eaten alive or freeze to death.”

She says she thinks the cats are used to being inside and has a message for people who are thinking of dumping their pets.

“Use the SPCA, start in advance if you know you’re going to have to move and can’t take them and please, have your pets neutered and spayed.”

Animal behavior specialists say lost dogs will often make their way home again but those that are abandoned will just stay where they are.

“If they had come that direction, say they're lost, they often know how to kind of go back in the direction they came from, or keep on going until they find somewhere, but abandoned dogs often just stay put, they don't know what to do,” said Rory O'Neill, dog behavior specialist.

O’Neill is the founder of Rocky Mountain Animal Rescue and has seen dogs abandoned on the side of the road, in ditches and at gas stations.

“It’s really hurtful when you find them, you feel so bad that you know people, our human race, doesn’t care enough to provide for them in some way, they just think they can survive in 30 below, 20 below , even 15, it’s freezing, they can’t. They’re not meant to be outdoors, they’re domesticated dogs, they’re not wolves, they’re not coyotes,” said O’Neill.

Brad Nichols is a peace officer and Manager of Cruelty Investigations for the city.

He says the numbers of abandoned animals has been pretty consistent over the years.

“Usually its animals left behind in residences that we’re able to get to before there’s too much harm, it’s those dumping ones that concern me more where the animals don’t have a very good chance of survival,” said Nichols.

Nichols says he has even seen cases where animals are abandoned in green spaces within the city and that there are other things pet owners can do if they no longer want the animal.

He says the owner could look for an alternative home with friends or family or surrender the animal to the local Humane Society.

“It is a criminal offence to abandon an animal. If you are doing it in a rural area, especially in this kind of weather, you’re virtually assuring the animal’s death whether it’s the weather or predation,” said Nichols.

He says bringing the animal to a shelter at least shows that the person cares and that the facility is equipped to handle the transition.

“It happens all the time and we also have contracts with some of the counties that surround Calgary and they bring in a lot of strays to us as well,” said Nichols.

It is a crime under the federal code to abandon an animal in distress and the maximum penalty is a $5000 fine and two years in jail. Animal abandonment is also an offence under the provincial Animal Protection Act.

For more information on the work being done by the Rocky Mountain Animal Rescue, click HERE.