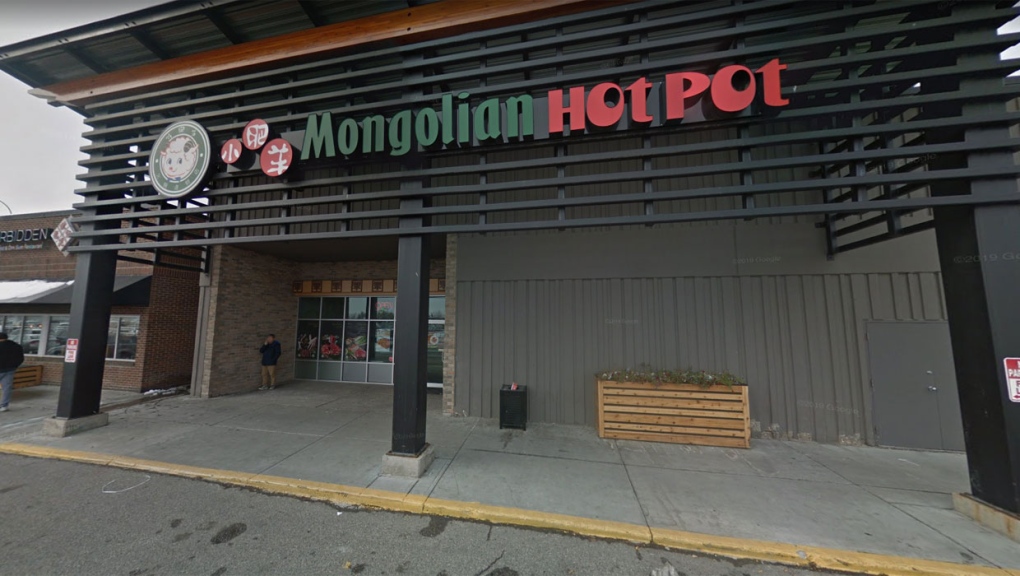 According to Alberta Health Services, Happy Lamb Hot Pot in Pacific Place Mall in northeast Calgary has been closed because of a variety of health code violations. (Supplied/Google Maps)

CALGARY – Alberta Health Services has lifted a closure order on a northeast Calgary restaurant after finding extensive evidence of a cockroach infestation inside the establishment.

"Live and dead cockroaches were observed under the kitchen handwashing sinks, food preparation sinks, a chest freezer, in the cool line and dry storage area," the report reads.

Officials say insecticide was also sprayed in the same area where food was being prepared and that same area was found to be extremely dirty.

"There was a heavy accumulation of debris on the floor and wall of [the] cook line, on walls under dishwashing sinks, under food preparation tables and between baseboard and wall by the gas stove."

In addition, a bowl was found inside a container of chili which was used for scooping the product out of it.

Health officials ordered the restaurant to close on Nov. 7 but confirm to CTV News the closure order was lifted on Nov. 15 and the restaurant has since been allowed to open again.