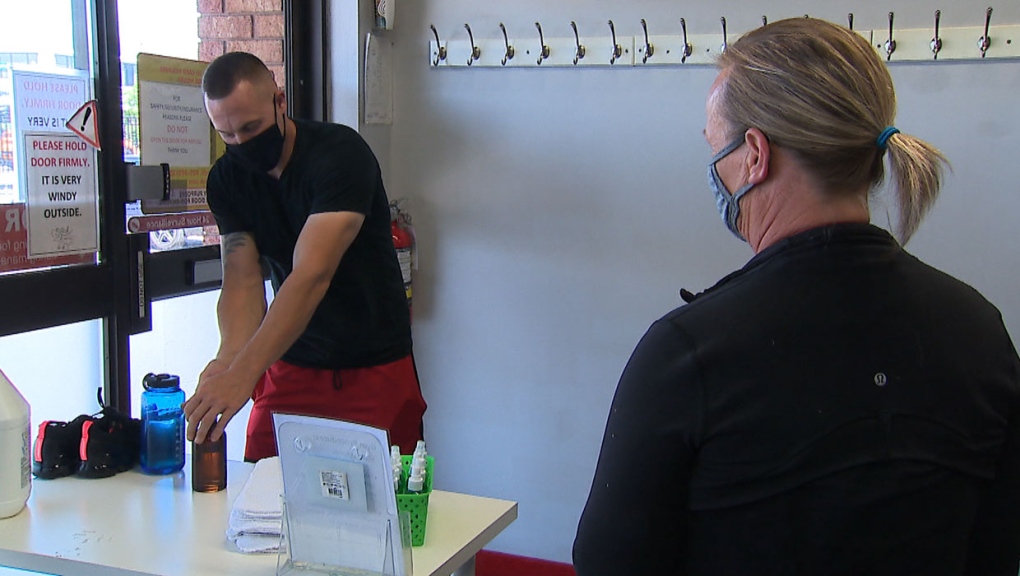 According to a recent study, the mental health of Albertans is suffering the most as a result of the COVID-19 pandemic. (File)

When it comes to mental health, Albertans have the lowest score in the country, according to new research.

Since April 2020, LifeWorks has been releasing monthly reports about well-being and comparing the scores to their pre-pandemic mental health benchmark.

The Mental Health Index for February lists Alberta at the bottom, with a ranking of -12.5 points, which is just a 0.3 improvement over January’s score.

The province at the top of the list is Quebec, with a score of -6.3, which is a level not seen since the launch of the index two years ago, according to LifeWorks.

“There's been a lot of upheaval,” Paula Allen, global leader and senior vice president, research and total well-being, LifeWorks. “At the very beginning, there were some real economic strains in Alberta, which actually also played into it, even prior to the pandemic.”

“We know that financial well-being is a driver for mental well-being and this inflation is going to be something that we have to adjust to for a while.”

Looking at Canada as a whole, last month’s score was -10.6, which is nearly a one-point improvement from January’s score of -11.3.

The data suggests that the pandemic has forced 30 per cent of Canadians to change their career goals, and 11 per cent to switch jobs. Those making the shift have a mental health score of -21.3, which is over 10 points below the country’s average.

“Canadians continue to face many challenges, both within and outside of the workplace as a result of the pandemic, across the full physical, mental, financial and social wellbeing spectrum,” said Stephen Liptrap, LifeWorks president and chief executive officer, in a release.

“The decisions being made are largely due to people seeking opportunities to improve their overall well-being,” Liptrap adds.

“We've seen a decline in people's connections and an increase in sense of isolation well before the pandemic, and unfortunately, it's been accelerated.”

When looking to the future, Allen is optimistic.

“If we do nothing, we will stay in a difficult place and perhaps a worse place,” says Allen. “But what I'm hoping is that this information will inspire people to do something active to support their mental health and well-being, and we can change the curve that way.”

“This has been a long period of time that we have been under unusual strain. When that's the case, it doesn't snap back immediately. It takes a while for people to get A hold of their footing, (and) really be intentional about things that make a difference.”

LifeWorks collected data from 3,000 Canadians through an online survey, in English and French, from February 1 and 8, 2022. All of those surveyed were employed in the last six months.

The full report is available here.

If you, or someone you know, needs support, the Mental Help Line is a confidential service for Albertans experiencing mental health concerns available toll free at 1-877-303-2642.

Rescue workers and civilians passed chunks of concrete and household goods across mountains of rubble Monday, moving tons of wreckage by hand in a desperate search for survivors trapped by a devastating earthquake.

The world's deadliest earthquakes since 2000

A magnitude 7.8 earthquake shook Turkiye and Syria on Monday, killing thousands of people. Here is a list of some of the world's deadliest earthquakes since 2000.

Mendicino: foreign-agent registry would need equity lens, could be part of 'tool box'

Public Safety Minister Marco Mendicino says a registry to track foreign agents operating in Canada can only be implemented in lockstep with diverse communities.

Vaccine intake higher among people who knew someone who died of COVID-19: U.S. survey

A U.S. survey found that people who had a personal connection to someone who became ill or died of COVID-19 were more likely to have received at least one shot of the vaccine compared to those who didn’t have any loved ones who had been impacted by the disease.

The chances Trudeau's health-care summit with the premiers will end with the blueprint to realistic long-term improvements are only marginally better than believing China’s balloon was simply collecting atmospheric temperatures, Don Martin writes in an exclusive column for CTVNews.ca, 'But it’s clearly time the 50-year-old dream of medicare as a Canadian birthright stopped being such a nightmare for so many patients.'