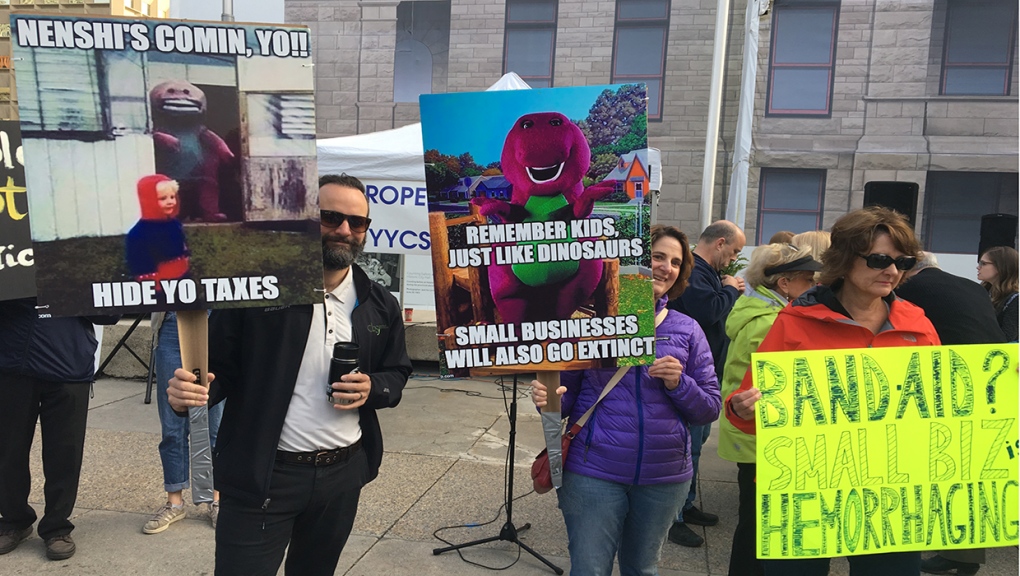 The Canadian Federation of Independent Business says small business confidence in Canada "has never been so low." (File)

CALGARY -- Small business owners in Alberta are feeling a deep impact from the coronavirus pandemic, says the Canadian Federation of Independent Business (CFIB) in its March report.

The CFIB made the announcement in its Business Barometer released Wednesday, saying Alberta's small business confidence dropped to 26.2 points.

The index level shows how much business owners believe the economy is in good standing and the CFIB states a reading of 65 indicates "the economy is growing at its potential."

“March 2020 has turned out to be a month like no other in Canada’s economic history,” said Ted Mallett, CFIB’s vice-president and chief economist in a release. “Small business sentiment has never been this low in the Business Barometer’s 32-year history, including during the 2008 and 1990 recessions.”

The CFIB says it has been fielding hundreds of calls from owners who are worried about the impact of COVID-19 on their livelihoods.

According to the report, only five per cent of small business owners in Alberta say they are in a "good state" while 60 per cent are doing "poorly."

Officials say government measures have helped somewhat, but there are other steps that can be taken.

"The Alberta government can take further action by introducing an Emergency Relief Provision in the Alberta Employment Standards Code and introduce measures to defer rent and lease payments for small businesses," said Annie Dormuth, CFIB's Alberta director of provincial affairs in a release.

The CFIB is also lobbying the federal government for a job retention program that would provide a subsidy to employers and encourage them to keep staff during the pandemic.

The CFIB's Business Barometer numbers for March are: