CALGARY -- Premier Jason Kenney, during a special update on the COVID-19 pandemic in Alberta, continued his fight against Ottawa's mobile app meant to warn Canadians when they come into close contact with active cases of the illness.

In the announcement, he said the province would not be following the Trudeau government's suggestion to use the COVID alert app.

That's because it would interfere with Alberta's existing ABTraceTogether app, he says.

"A condition of doing so would be turning off the Alberta Trace Together app, which is a key part of our contact tracing system," Kenney said Friday.

"We will not do so precisely because the federal app is not a contact tracing app. Now this has nothing to do with one being federal or one being provincial. ABTraceTogether is, from our view, simply a better and more effective public health tool."

The federal government's version of a COVID-19 app, called COVID Alert, was released in the summer and has millions of users so far.

COVID Alert works by allowing users to disclose a positive COVID-19 test and alerts anyone else who came into close contact with them in the past 14 days via Bluetooth tracking provided they too downloaded the software.

"It's a powerful, free tool that's easy to use and protects your privacy. So if you haven't already, download it off the App Store or Google Play," said Prime Minster Justin Trudeau in September.

The COVID Alert app was the piece of software that led deputy Prime Minster Chrystia Freeland to pursue testing because of a possible exposure. She ultimately tested negative, but she used the opportunity to urge all Canadians to download it.

Meanwhile, ABTraceTogether is different because it automatically notifies people who were in close contact with a positive case of COVID-19.

"It can actually speed up that contact tracing because it can enable that notification to happen automatically and instantly," said Alberta's chief medical officer of health Dr. Deena Hinshaw. 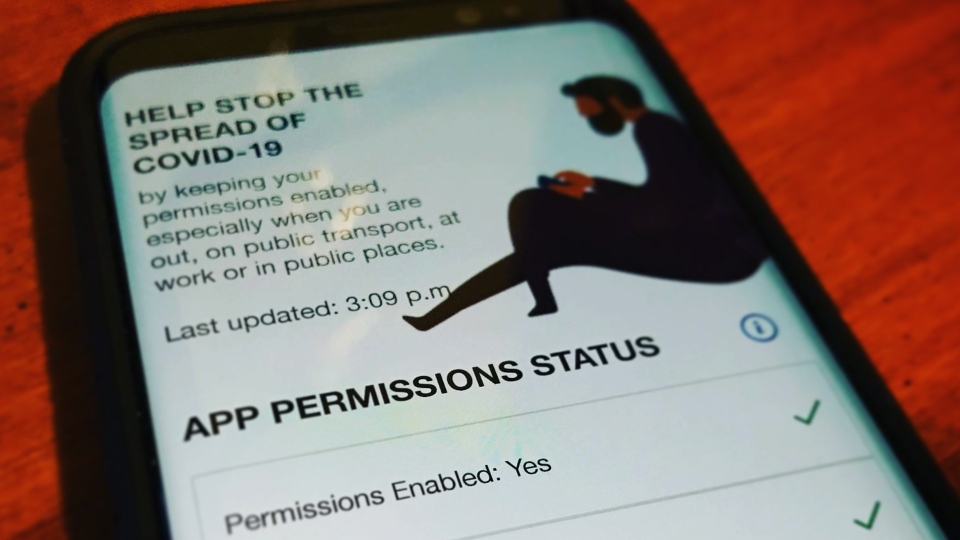 Ontario was the first province to take on COVID Alert and the majority of the other Canadian provinces soon followed suit.

So far, only Alberta and B.C. have yet to adopt the service.

B.C.'s top doctor says the application won't be put into service there until some changes are made.

"What we would really like to see is an app that we could download when we're at a celebration or a party or a church service so that we can identify those specific times when there may have been somebody with COVID who was in that vicinity," Henry said.

Instead, Henry said the current app is "very non-specific." 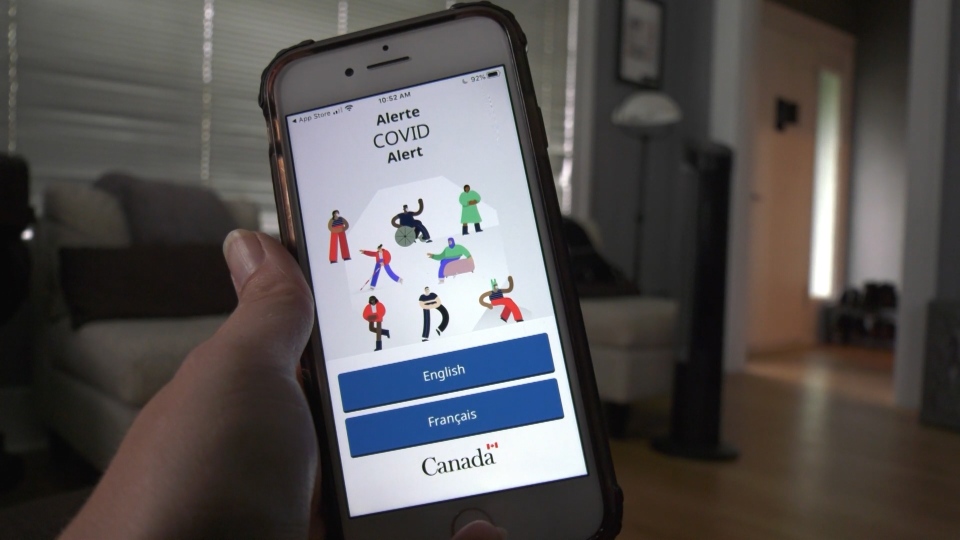 When the ABTraceTogether app was adopted earlier this year, a number of privacy concerns were identified with it.

In early July, a report indicated there were certain risks for Apple users who download the app because it requires those devices to be unlocked so it can run at all times.

The review recommended the app be dismantled to protect the privacy of its users, but Kenney says those issues have been addressed.

He said Friday the app was updated in September and it's now safe for Albertans to use.

"I strongly recommend that all Albertans do their part and download the app to help protect themselves and those around them."

Currently, 252,729 Albertans are using the ABTraceTogether app with 65 per cent of users on iOS and 35 per cent on Android.

(With files from CTVNews.ca and CTV News Vancouver)