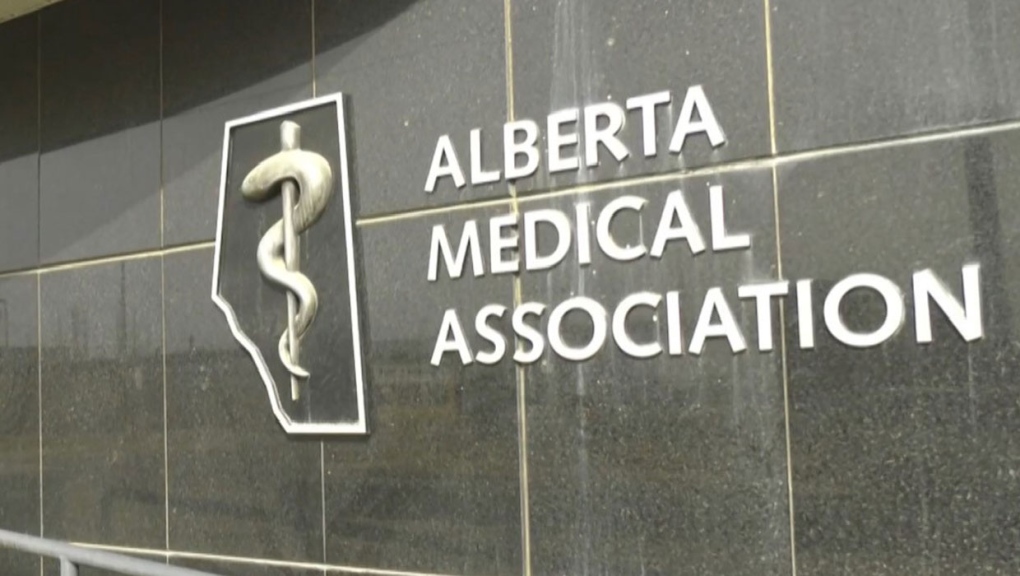 The head of the Alberta Medical Association is calling for vaccinations to be mandatory for all health-care workers in the province.

In a letter to members released Tuesday, AMA president Paul Boucher says the group has "taken a stance throughout the pandemic for strong public health measures and this includes vaccination."

"The Board believes that continued leadership is important. Accordingly, we are making a public call for mandatory vaccination of all health-care workers," it read.

"As we look back on the outbreaks experienced in health care settings and face the prospect of a fourth wave with more contagious variants, mandatory vaccination of health-care workers is essential. It will help protect our patients, staff and colleagues."

"I realize that many aspects of the pandemic have been polarizing and that not all our members will agree with this stance," said Boucher.

"The Board and I felt that we should lend our voice to this important issue as vaccination remains our most effective tool to keep our vulnerable patients safe and our best path out of the pandemic."

Calgary Sports and Entertainment Corporation – which owns the Calgary Flames, Hitmen, Stampeders and Roughnecks – announced on Monday that all fans, players and employees must be fully vaccinated to attend live events at the Scotiabank Saddledome and McMahon Stadium, starting in September.

Alberta recorded a two-month high in the number of COVID-19 patients in intensive care units while the province added nearly 2,000 cases over the weekend. The report included data from Friday, Saturday and Sunday.

There are 54 COVID-19 patients in Alberta ICUs, nearly 2 1/2 times more than at the start of the month and the highest since June 23.

Those 54 are included in the 244 patients in hospital, the higest since June 16.

Among eligible Albertans, 77.3 per cent have received a first dose of COVID-19 vaccine and 68.8 per cent have had a second shot.​

The Canada Recovery Benefit (CRB) will expire as of Oct. 23, and will be replaced by a targeted benefit that helps individuals whose work is impacted by COVID-19 lockdowns.

Instead of issuing a singular federal national COVID-19 vaccine passport, the federal government says that each province and territory will be responsible for issuing a 'standardized pan-Canadian' vaccine passport that Canadians can use when travelling abroad. Each province's system is supposed to have a 'common' look and feel, with the expectation that by next month all Canadians will have access.

The federal government announced Thursday that Canada will receive 2.9 million doses of Pfizer’s pediatric COVID-19 vaccine shortly after its approval by Health Canada for the five to 11 age group.

Iqaluit is being forced to medevac patients out of the territory with the only hospital unable to sterilize equipment properly as the water contamination crisis continues.

The Vancouver Police Board is to hear a report Thursday recommending the force change its handcuffing policy after the arrest of an Indigenous man and his 12-year-old granddaughter at a bank in 2019.

Ontario is no longer providing the federal government with COVID-19 flight exposure data, citing an increase in public health measures and vaccinations.