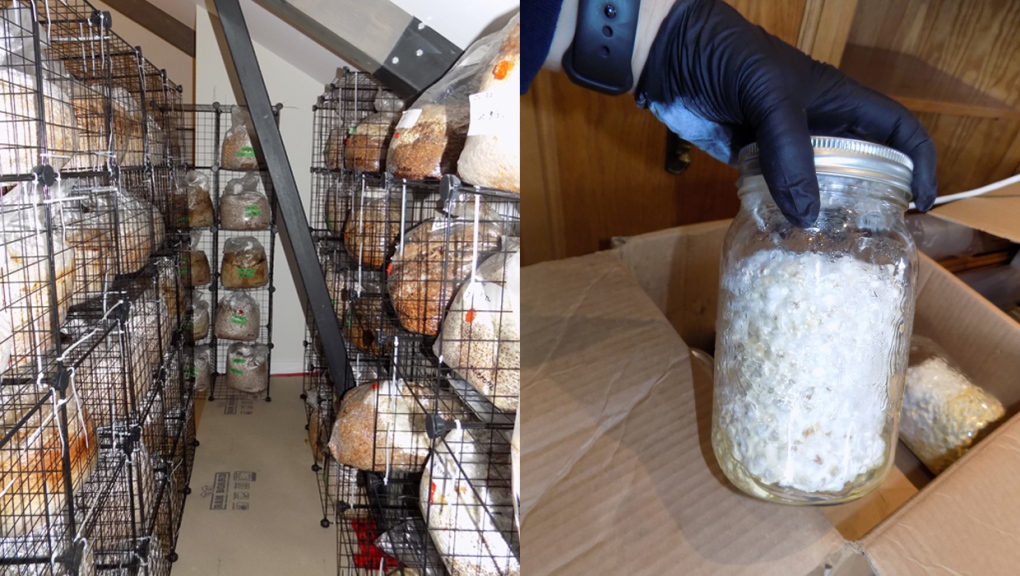 RCMP seized 80 bags of psilocybin (magic mushrooms) during the April 2020 investigation into a suspected growing operation near Bergthal, Alta. (RCMP)

An investigation into the suspected grow-op was spurred by an anonymous tip from a member of the public on April 17.

Within the week, a search warrant was executed at a home in Mountain View County near the community of Bergthal and a significant quantity of magic mushrooms as well as production materials were seized.

RCMP arrested two Calgary men, aged 29 and 27, and both were charged with drug-related offences. The accused have been released from custody ahead of their scheduled appearance in Didsbury provincial court on Aug. 17.