Are retail businesses taking the online approach to cut down on costs?

CALGARY -- As retail stores have been limited to 10 per cent capacity in Alberta at various points in the pandemic, and not been allowed to fully reopen, enough customers are heading online to make purchases that it's making retailers reconsider the benefits of bricks and mortar.

“We’re making the leap and doing online only,” she said.

“It’s a massive change. With the timing of things, our lease was up for renewal. We had the option to lock in for another five years or to go in a new direction.”

Blanchette said their renewal is up at the end of the month but says there are too many unknowns that could financially cash strap the business.

“Just given the state of the world and the economy, just with the unknown, we weren’t comfortable locking in for five years,” said Blanchette. 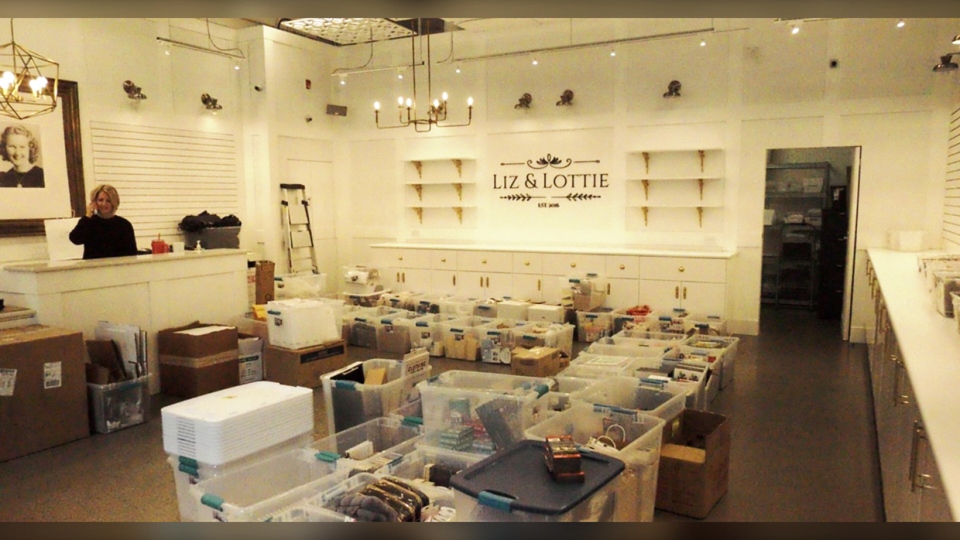 She said customers have received the news fairly well.

“We do see the odd people that wish they could touch the items before they buy them, but overall the feedback has been great,” said Blanchette.

“People are supporting us, they say they are going to continue to support us even though we’re online only, so we couldn’t be more happy.”

Blanchette said she hopes she could even be starting a trend.

“I would hope to think that we’re doing the right thing and getting in before when the timing is right,” she said.

“As we operate with a digital-first mindset, Hudson’s Bay is redefining the role of the store,” said spokesperson Tiffany Bourre in a statement.

“Without any reduction to products, services or staff, the store will utilize three floors as retail space. Beginning this fall we will also fulfill orders through microdistribution from the store, increasing speed of delivery to thebay.com customers in the west.”

The Bank of Canada released a survey last month that asked Canadians about what some of their spending habits will be in 2021.

The survey found that people will exercise caution in spending, but feel vaccines will be the way to more economic growth.

“Despite concerns about the virus, confidence around spending has increased. People expect to spend more after vaccination on a wide range of goods and services—especially on travel and social and recreational activities,” read the survey.

The seasonally adjusted value of retail sales in Alberta contracted slightly in March, by 0.4 per cent ($31.1 million), but was still above both pandemic and pre-pandemic levels.

Relative to March 2020, retail sales were higher in every sub-sector except grocery stores, which were down 13.4 per cent due to the spike in spending at the onset of the pandemic.

Month-over-month sales cooled off in Alberta, B.C., Manitoba and P.E.I., but were higher in every province compared to March, 2020.