CALGARY -- The eastern edge of Calgary’s downtown core continues to be a focal point for revitalization as Arts Commons is up next for a major project.

The initial stages of the Arts Commons transformation project official kicked off Thursday.

“This building I think will be a beacon of hope not just for the arts in Calgary, but for civic activity in general and I think others around the world will look to us, or I hope they will look to us,” said Alex Sarian, Arts Commons president and CEO.

Built in 1985, it’s the third largest arts centre in Canada.

Other contractors are not expected to be selected until the summer, including the designer, as the resident companies at Arts Commons will take part in a collaboration process over the next few months.

It’s all part of the the Calgary Municipal Land Corporation (CMLC) visions to create a “Calgary Culture and Entertainment District,” said the CMLC in a release.

“We are a piece of a much bigger puzzle around the downtown strategy to get people back,” said Sarian.

The project has been separated into two phases, with the first part budgeted at $240 million, with partial funding secured.

Phase 1 applies to the development of Arts Commons North with a new “road house” that will include three venues connecting to the existing building.

Phase 2 has not yet secured funding, and would revitalize the space occupied by resident companies including Theatre Calgary, Alberta Theatre Projects, Arts Commons Presents, the Calgary Philharmonic Orchestra, Downstage and One Yellow Rabbit Performance Theatre.

Design should be laid out in 2022 whereas construction has a fluid start time of 2024 according to Clare LePan, marketing and communications director for CMLC.

“By June of this year we will have the prime design (architect) team in place who will work along side the theatre consultant team. The (request for proposal) will be open to local, national and international firms to submit,” said LePan in an e-mail to CTV News.

Calgary Mayor Naheed Nenshi says the project will follow the new Central Public Library that opened to critical acclaim from architectural watchers around the world.

“I also believe that public investment and public architecture in this city should always be inspiring and should always be beautiful,” said Mayor Nenshi during a virtual news conference on Thursday.

Meanwhile, demolition on the Corral at Stampede Park is making way for the $500 million BMO Centre expansion project. 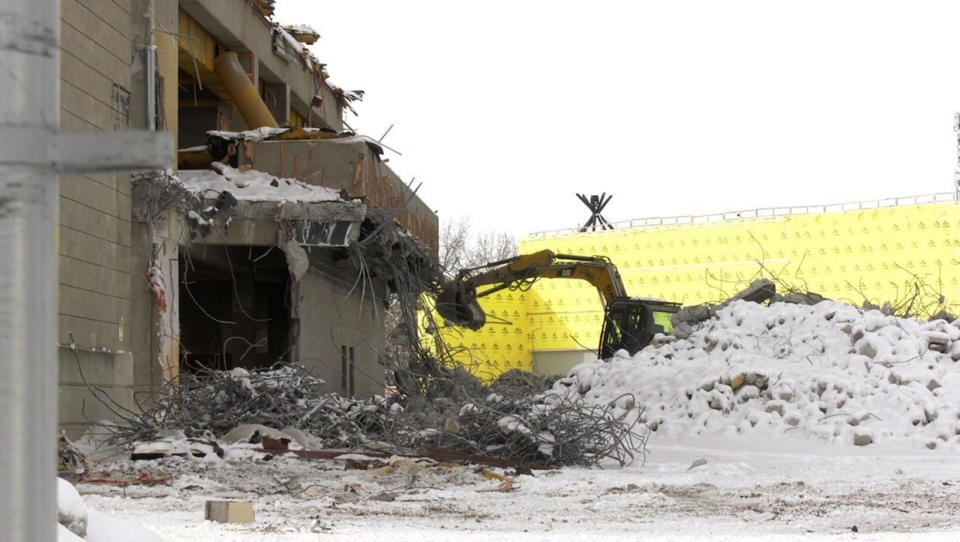 Kate Thompson president and CEO of CMLC said construction in the area and at the new Victoria Park C-train station platform have used pandemic-related closures to ramp up those projects.

“We were able to take advantage of that," she said. "In that we didn’t have as many people around the site, and as you can imagine that makes it a little bit easier for our construction crews to plan their sequencing,” said Thompson, also during the online news conference.

City Council’s representative on Calgary Economic Development and to the CMLC says these investments are meant to stimulate Calgary’s economy and to create destination spaces near downtown.

"Calgary will shift from vacancy to vibrancy over the next five years and to do so we must invest in ourselves," said Ward 6 Councillor Jeff Davison,  also the former chair of the Event Centre Assessment Committee.

"Make no mistake, we face significant challenges," Davison added. "Our unemployment rate remains stubbornly high, leading to a downtown vacancy rate that is now impacting the City’s bottom line.  Investing in anchor infrastructure projects coupled with our Calgary in the New Economy recovery plan will evolve our downtown from a corporate district to a vibrant community where Calgarians can live, work and play,” 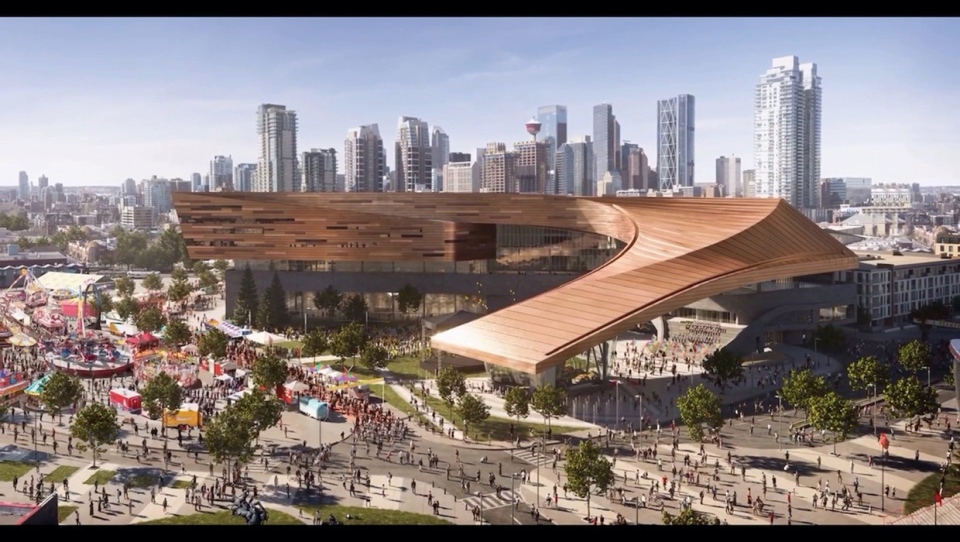 However, Mayor Nenshi added another infrastructure project that will be in the midst of construction in the next few years.