CALGARY -- The owners of a private campground in Golden, B.C. say they've been told by authorities to keep watch over some American visitors who set up camp there this week after crossing into Alberta.

Joy Guyot and Michelle Nagydeak met the U.S. residents Thursday and were told they'd crossed into Canada and were on their way home to Alaska.

As soon as they realized their guests were not following the rules put in place because of the COVID-19 pandemic, they contacted bylaw officers immediately.

The instructions they were given were simple. Isolate the U.S. visitors in a section of their campground away from other guests and make sure they stay there.

Now, a one-night booking for the visitors, who turned out to be returning from Arizona, has turned into a 14-day-long quarantine. Both Guyot and Nagydeak aren't happy about it either.

It's now their responsibility to bring them groceries and, more importantly, make sure they don't leave the site or the campground.

If the visitors leave, they're supposed to contact bylaw, who will then call RCMP for assistance.

"We have one site set aside, separate from everyone. We moved them there," Nagydeak said. "They were not happy to move there and they couldn't understand why they couldn't stay in the middle of the campground." 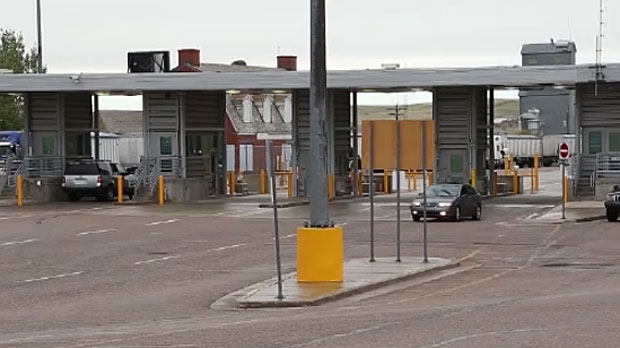 Nagydeak says she is shocked Alberta border officials are allowing Americans through the border crossing while the restrictions against non-essential travel remain in place.

"We're shocked that Alberta border patrol is just letting them through because it's just a roundabout way of getting into B.C. and we have no control over anything when they come this way."

"We want our customers, campers and our town to feel safe," Guyot said. "We don't want them to feel that we would be attracting this to our town. It really puts us in a light we don't want to be in right now."

RCMP in discussions on how to curb crossings

Banff RCMP say they've investigated at least one complaint about American travellers being spotted in the community.

Buxton-Carr says they have been in contact with Alberta Health Services for guidance to try and figure out how to stop the problem, but it's difficult to manage.

"There are enforcement provisions, but our primary goal is to make sure people understand what the requirements are for quarantine and that they have access to their needs." 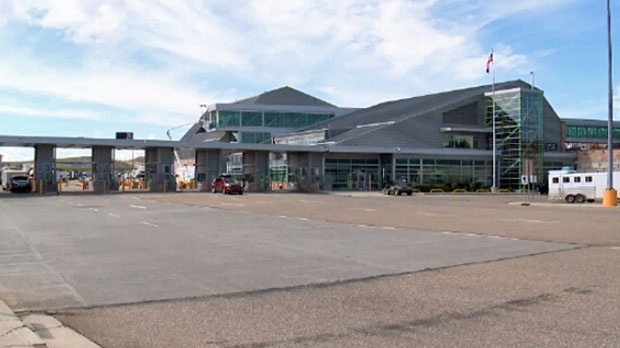 'We feel it is a federal issue'

Guyot and Nagydeak, who are private business owners, have agreed to do what they can to prevent the spread of COVID-19, but feel like it shouldn't be their problem to deal with in the first place.

Because of that, they say they've already contacted their local representatives.

"We really feel this is a federal issue and the MP should bring it up to the Prime Minister and make sure that all borders have the 14-day quarantine," Guyot said.

As for the Arizona guests, who are now in for a long-term stay in beautiful Golden, B.C. at their own expense, Guyot and Nagydeak say they are keeping a close eye on them.

"Tourism is extremely important to Golden and that's why we take this very seriously with regards to the protocols the provincial government has set out," Guyot says.

According to Google Maps, if the U.S. visitors came into Canada at the Coutts, Alta., border crossing, the shortest route to Alaska would be up through Alberta, to Grande Prairie. They would then cross into B.C. in the Dawson Creek area, then head through Whitehorse, Yukon, and then back into Alaska at the Alcan Crossing.

The trip through Golden would add more than eight hours to the trip.