Banff wolves have lower survival rate due to hunting, trapping outside park boundary 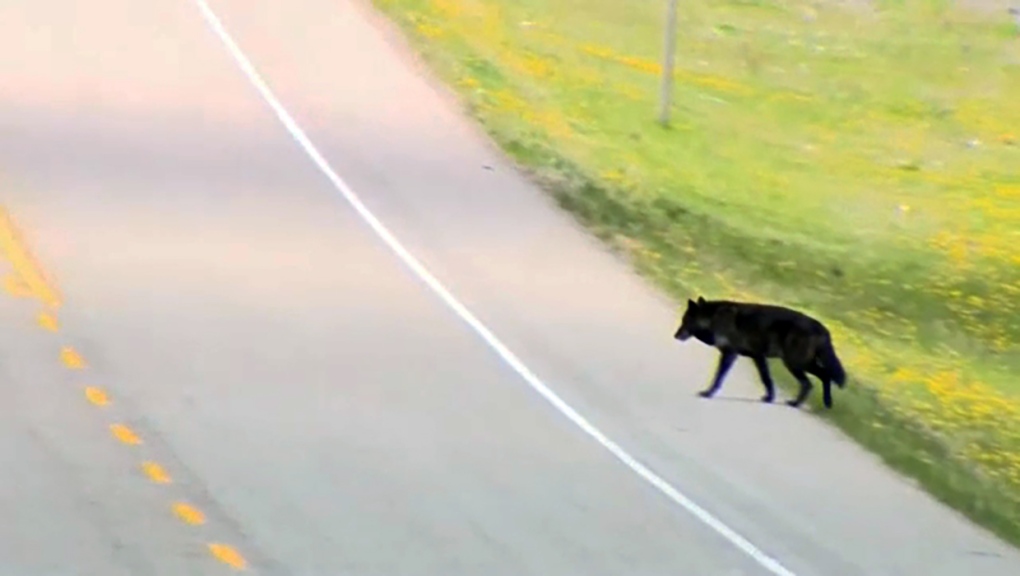 BANFF, ALTA. -- A study shows grey wolves in Banff National Park don't live much longer than those in the rest of Alberta because many are being hunted or trapped when they leave the protected area.

The paper that documents the survival of Banff wolves over three decades was published this week in the journal Global Ecology and Conservation.

Researchers looked at 72 radio-collared wolves in the national park from 1987 to August 2019.

“We found that the life of a wolf in Banff looks very much like the life of wolves everywhere else in the province of Alberta,” said co-author Mark Hebblewhite, an ecology professor at the University of Montana.

“They are effectively unprotected and subjected to high risks of mortality from hunting and trapping outside the park boundaries, and even highway and railway mortality inside (the park).”

The study found that the risk of death rose 6.7 times when wolves left the park for an overall survival rate of 73 per cent.

Hebblewhite said that isn't much better than in the rest of Alberta, British Columbia or Montana.

“From the wolf's perspective, there's no real difference in terms of your survival inside or outside the park.”

The research showed that wolves that spent their entire life in Banff had a better - about 84 per cent - chance of survival, but Hebblewhite noted that most wolves leave the park to follow prey.

“The most important winter range for elk in the whole Banff National Park ecosystem isn't in the park,” he said. “It's outside the park so the wolves go there and they get subjected to hunting and trapping.”

The study also found 36 per cent of all deaths were caused by trapping and 18 per cent were from hunting.

Wolves getting killed within the park were run over on the highway or on the railway tracks, or put down because they got into human food.

“Inside the park isn't perfect either,” said Hebblewhite.

Jesse Whittington, a wildlife ecologist in Banff National Park who co-authored the study, said he was pleased to see that some of the conservation measures adopted within the park have helped wolves.

“We fenced the Trans-Canada Highway and installed wildlife crossing structures, and those have substantially reduced wolf and other wildlife mortality on the highway,” he said. “That, in combination with our seasonal closures and travel restrictions, give wolves the habitat they need.”

He acknowledged there are still wolf deaths.

“Our biggest challenge is with highway intersections where secondary roads intersect,” he said. “We have cattle guards at these sites to deter wildlife, but wolves sometimes still travel across those and then, once they're along the highway, face a high risk of mortality.”

Whittington said Banff lost two wolves during the summer in highway deaths and a third had to be put down because it got into human food at a campground.

“When these wolves become habituated or food conditioned, they become a risk to the public,” said Whittington, who noted that's why parks staff try to educate visitors not to feed wildlife.

The study didn't look at reproduction rates, but Whittington said the population has generally remained stable throughout the decades and wolves continue to be a key species in Banff National Park.

“They play a lot of roles in terms of regulating our ungulate populations,” he said. “That has cascading effects on the entire ecosystem.”

A high elk population, for example, can lead to overgrazing of vegetation. But when wolves keep elk numbers down, aspens and willows can regenerate, which can then help the songbird population, he said.

This report by The Canadian Press was first published Oct. 17, 2020.