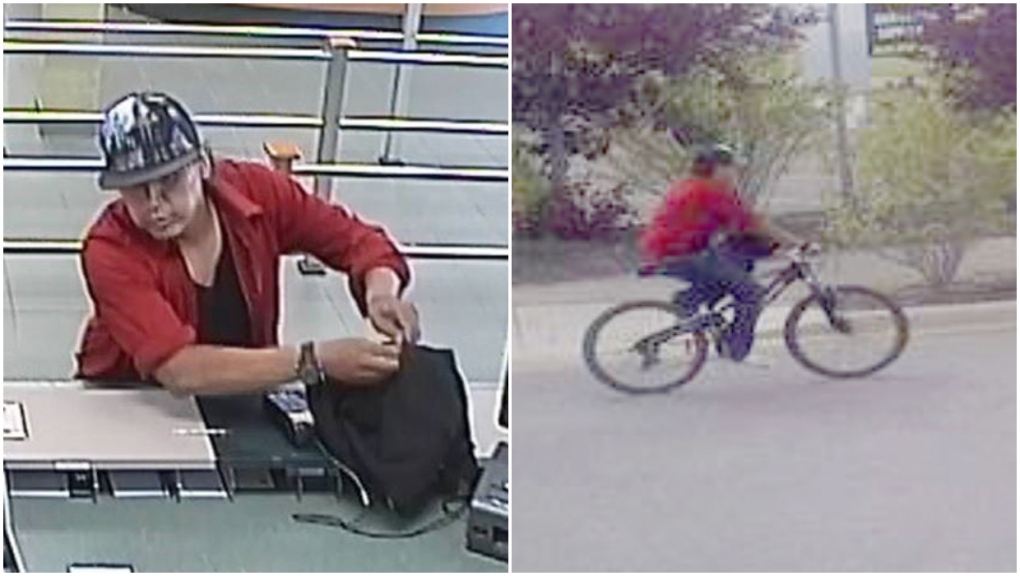 Police are looking for a bank robbery suspect who fled on a bicycle. (Calgary police)

CALGARY -- Police are looking for a bank robbery suspect who made his getaway on a bicycle with an undisclosed amount of cash.

A man went into a TD Bank in the 200 block of Saddletowne Circle N.E. just before noon on Aug. 25 where he handed the teller a note claiming he was armed and demanded cash.

No weapon was seen.

The teller complied and the man fled on a bicycle.

He is described as being:

The man had a medium build and was wearing a black baseball cap, red shirt with a black tank top underneath, blue jeans and white runners.

He was also carrying a black jacket or hoodie with white lettering on it.

Police are also looking for the driver of a silver Acura car who is believed to be connected and was seen in the vicinity of the bank at the time.