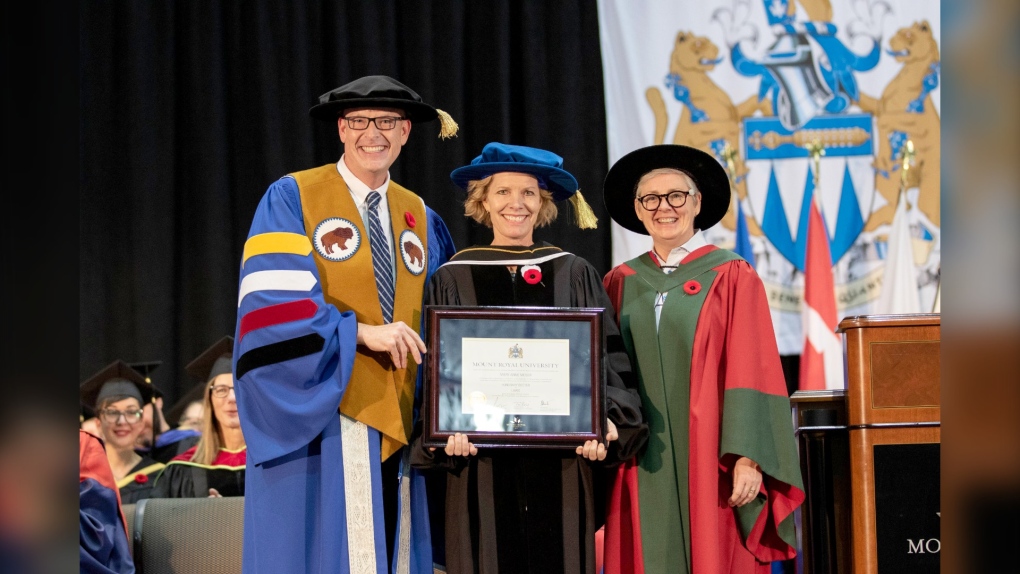 CALGARY — Mary Anne Moser, the co-founder of Beakerhead and president and CEO of Telus Spark, was awarded an honourary doctorate of laws Friday by Mount Royal University.

Moser helped found Beakerhead in 2012, which was considered an international first for the city.

“The Canadian science community owes a lot to Mary Anne for bringing the wonder of science and art collaborations to the public,” said Jonathan Withey, dean of science and technology at MRU.

“As an individual, she has worked tirelessly to advance science, in how it is communicated, learned, advanced and sought as a profession among women. I cannot think of a more worthy recipient.”

Beakerhead Creative Society is described online as "a registered charity whose mandate is to globally advance education at the crossroads of art, science and engineering. Through year-round educational programs and the annual September festival in Calgary, Beakerhead aims to engage, delight, surprise and entertain you so completely that you don’t even realize you are learning tool."

An honorary doctorate is the highest honour Mount Royal can give to an individual.

"I'm going to talk a little bit about risk because everybody thinks I'm a real risk taker but I'm actually very risk adverse," she said prior to the event.